Seeing the wood for the trees: Komatsu ‘top brass’ land in Ireland 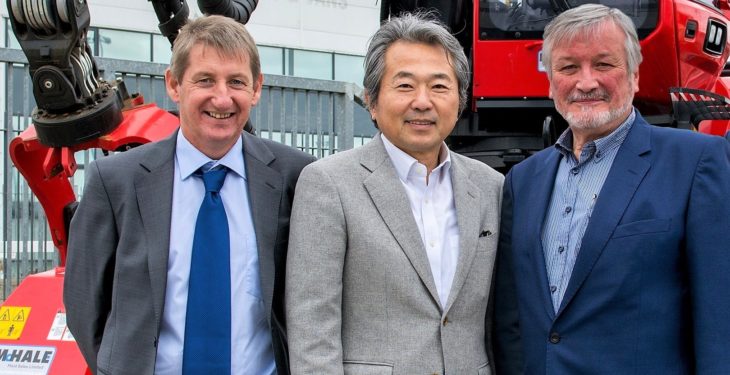 A delegation from Komatsu Forest recently visited the Rathcoole-based headquarters of McHale Plant Sales in Greenogue Industrial Estate, in the wake of its appointment to distribute the forestry machinery range of timber harvesting and forwarding machinery in Ireland – north and south.

Led by its president and chief executive officer, Mitsuru Ueno, the delegation viewed the company’s facilities and met with staff, before meeting with sales director John O’Brien to hammer out future plans for the Irish market.

Linked with the Japanese manufacturer for the past 23 years – as a distributor of its excavators and construction plant – the enlargement of McHale Plant Sales’ role to include the ‘Komatsu Forest’ range brings the firm into an area of activity that John O’Brien believes “has grown significantly over recent decades”.

Owned by Komatsu of Japan and headquartered in Sweden, Komatsu Forest manufactures and markets a range of machines and attachments used in the timber harvesting industry – a field in which it claims to have pioneered the development of mechanised logging equipment.

In its distinctive red livery, the Komatsu Forest machinery range includes harvesters (used for the felling and preparation of timber for processing) and forwarders (used to transfer the cut timber within the forest for onward transportation to a sawmill).

Serviced through its two centres in Birdhill, Co.Tipperary, (covering the south, mid-west and west) and Rathcoole, Co. Dublin, (covering the east, midlands and Northern Ireland), the appointment “builds on the company’s long-standing relationship with the Japanese manufacturer”. 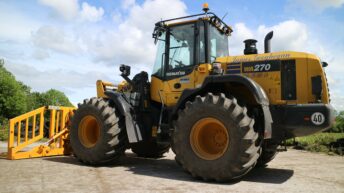