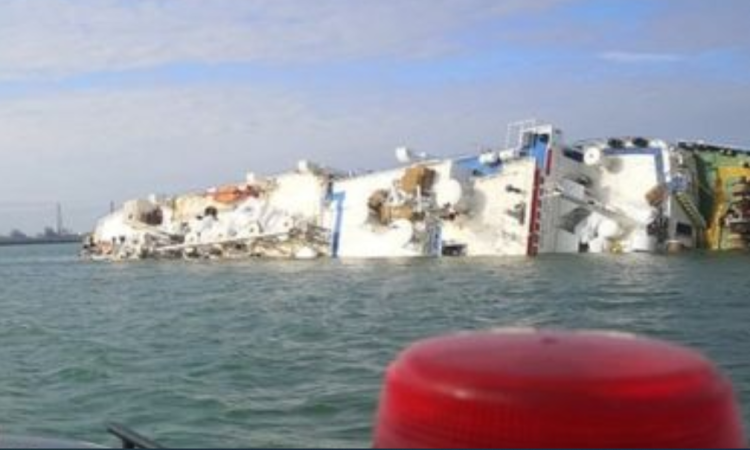 A ship carrying a total of 14,600 sheep has capsized for an unknown reason in Black Sea just off the coast of Romania.

The ship – known as the Queen Hind – capsized in Midia Port, Romania, yesterday, Sunday, November 24, with its starboard side resting on bottom and half of the hull remaining above water.

Reports have outlined that the ship’s crew of 20 Syrians and one Lebanese worker were rescued however the vast majority of the sheep remain trapped inside.

Speaking to AFP news, yesterday, Sunday, November 24, Ana-Maria Stoica, a spokeswoman for the rescue services explained that efforts were underway to rescue the sheep.

“The rescue operation is ongoing and we hope that the sheep inside the ship’s hold are still alive,” she told the publication yesterday.

The rescue operation is being supported by military personnel as well as police and divers.

Romania’s main livestock exporter association, Acebop, has called for “an urgent investigation” into why the ship overturned.

The sheep were bound for Saudi Arabia when the incident occurred.

Separately, back home in Ireland, four men were arrested following an incident at a farm in Co. Kilkenny on Tuesday night, November 19, in which an attempted burglary was stopped and the Garda Air Support Unit was called in for a subsequent manhunt.

Confirming the news to AgriLand, a spokesperson for An Garda Síochána said:

Gardaí are investigating a burglary that occurred at a house at Johnswell, Kilkenny at approximately 7:40pm on Tuesday, November 19, where a number of items were taken.

A male in his 20s was arrested at the scene while a number of other males were observed leaving the scene in a car.

“A search of the area was conducted by Kilkenny Gardaí, assisted by members of the Garda Air Support Unit, and a further two males, aged in their 40s and late teens, were arrested,” the spokesperson explained.