A dairy farmer has taken the unorthodox 'aerial' approach to spreading on grassland - utilising a small aircraft to improve soil fertility.

Douglas Hanks, a farmer based in South Gippsland, in the Australian state of Victoria, recently had trace elements and minerals spread on his land using a VH-UDI single-pilot plane, kitted out with the necessary spreader bar fitted behind the wheels.

Taking to social media, Hanks posted a short video of the plane in full flight, with the caption: "No wheel marks today kids." 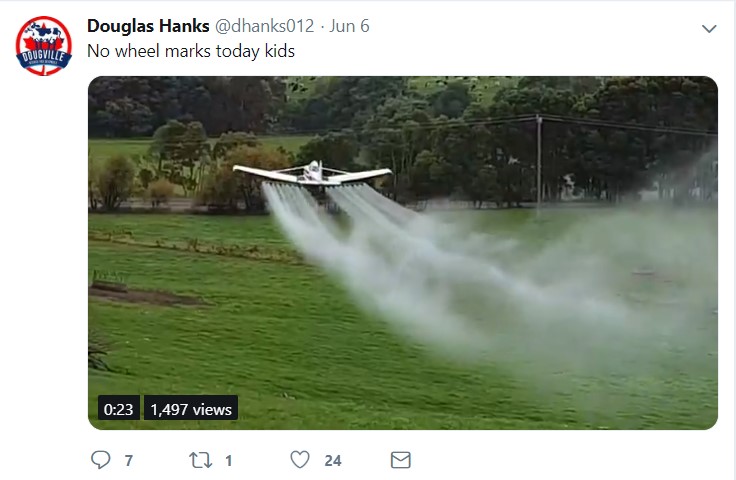 As can be seen in the video, the plane swoops down low over the field to release the fertiliser in waves before rising again to sharply loop around.

The farmer noted that what the aircraft can spread in half a day would normally take him weeks to achieve.

This is far from the first mix of farming and aeronautics.

Last year, a pilot flying a gyroplane made an “unintended touchdown” when he got distracted while checking up on his livestock in the UK, a recent report revealed.

The incident occurred at the end of June 2018 on land not far from Blair Atholl in Perthshire, Scotland, according to a report released by the Air Accidents Investigation Branch of the UK Government (AAIB).

The pilot carried out a controlled but unintended touchdown on hilly terrain having become distracted while checking on his livestock, the report states.

The gyroplane was damaged but the pilot was fortunately unhurt.