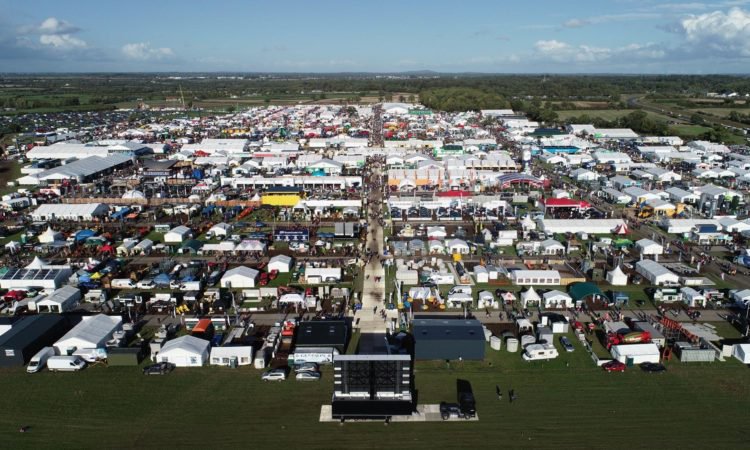 The starting time for day two of Europe’s largest agricultural show, the National Ploughing Championships, has been postponed due to Storm Ali.

Over the three days more than 300,000 were expected to attend the Irish event.

Both the Irish and UK weather services have put weather warnings in place. The Met Office has an orange weather warning in place until 6:00pm tonight (Wednesday, September 19).

As a result of the storm, Ireland’s National Ploughing Association (NPA) originally made the decision to close the site until 11:00am today.

Speaking to AgriLand Ireland last night, the show’s director Anna Marie McHugh said: “The ploughing competitions will commence as normal at 10:30am.

“However, the opening of the exhibition area to the public will be delayed until 11:00am due to Storm Ali passing over the ploughing site, between 8:00am and 10:00am.”

However, the decision was taken this morning to further delay the site’s opening until at least 12:00pm.

There are no reported concerns regarding the structural safety of the marquees, but there are concerns with regard to gusts causing difficulties when stand-holders open their tents to visitors tomorrow.

A total of 97,500 people attended the first day of the National Ploughing Championships in Screggan, Tullamore, Co. Offaly.

Punters flocked through the gates early yesterday morning and, despite the odd shower, spirits remained high throughout the day.

Those who attended were treated to everything from farming to fashion, artisan foods to top-of-the-range machinery, as well as livestock displays and ploughing competitions.

The 87th National Ploughing Championships was officially launched by the President of Ireland, Michael D. Higgins.