The death of the diesel engine is greatly exaggerated 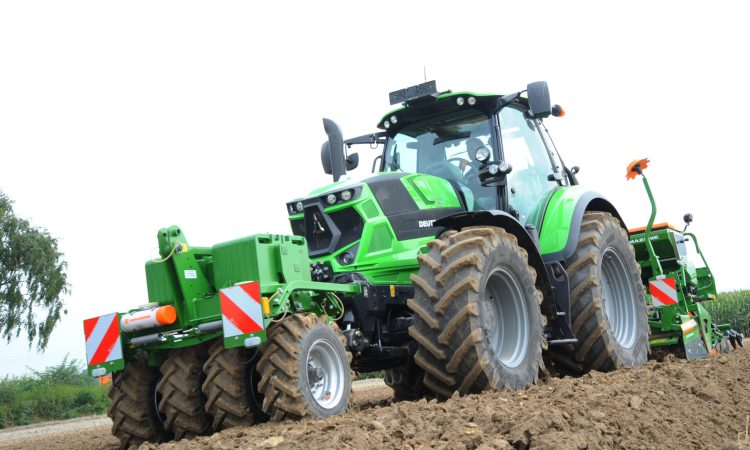 The diesel engine has proved itself a very successful variant of the internal combustion engine (ICE), an invention that has been with us for over 200 years now.

This method of converting the latent energy contained within fuel to useful work, has been refined almost beyond recognition from the simple patents and designs of the early 19th century.

Despite this early start, it was the steam engine which powered the industrial revolution.

It was only when the burning of fuels moved into the cylinder that the convenience of mobile power became both apparent and readily available.

The rapid adoption of this internalisation of combustion was made possible by the opening up of oil reserves which provided the easily manageable energy source for the new engines.

Oil reserves are far from infinite

Concerns over the future availability of oil are nothing new, neither are worries over pollution.

The issues which face this well proven technology today are ever tighter emission standards and competition from electricity generated from energy sources other than fossil fuels.

These are the two major challenges which have been recognised by the German Agricultural Society, the DLG.

The organisation is busy promoting its exhibition in Hanover next spring at which, a wide selection of engine manufacturers will have the opportunity to showcase their response.

Introducing the fifth ‘Systems and Components’ exhibition’, which will be held in conjunction with Agritechnica next year, the society states:

“Although combustion engines, particularly diesel engines, are widely regarded as being on the brink of extinction in public debate, they are far from finished in the off-highway sector, where they represent high availability, reliability and low operating costs.”

A twofold challenge for diesel

They are interconnected to a great extent, for extracting the greatest use out of the fuel will naturally decrease the emission of carbon per unit of work performed, along with all the other pollutants tagged as being harmful to the environment.

The trouble with electricity

The general assumption is that electricity from renewables will replace oil as the primary power source, but the major problem associated with this plan is that it is difficult to conveniently store electricity for future use.

Josef Horstmann, the retiring development director of Krone, stated that “batteries are not for us” when talking to Agriland recently. He also noted that diesels will still be around for at least “20 years”.

The problem is one of energy density; carbon-based fuels are far more efficient at storing energy than batteries, although less so in releasing it for useful work.

This was tacitly admitted by John Deere which, in 2016, displayed its idea of a battery-driven tractor with an operating period of around four hours.

Three years later the company announced a fully electric and autonomous tractor, powered, this time, by an external source to which it was connected by an umbilical cable.

A menu of power options

If battery power is still some way off, and there is little enthusiasm for it among the main tractor manufacturers, are there any alternatives to fossil fuels?

The answer would appear to be a resounding yes according to the DLG, which highlights three other technologies which are presently available, and even already in use.

Methane, in the form of either natural gas or produced from organic material, is one such energy storage system that is attracting a great deal of attention.

Case New Holland is already making a tractor which runs purely on methane which will go on sale later this year. Ignition is by spark rather than compression, despite it being based on a diesel engine block.

Should the methane be produced by bio-digesters or recovered from farm waste, then it may referred to as biomethane, which can be considered a carbon neutral solution.

Should it come from the natural gas infrastructure, then it will be fossil fuel derived. Either way, the engines still require exhaust gas after treatment.

Creating carbon-based fuels from regenerative electricity (wind, solar power) and the carbon dioxide (CO2) already present in the air, is a science that is rapidly coming of age.

Such fuels may be used as a direct drop-in replacement for the present fossil-based liquids.

If produced by solar power, then they closely mimic natural energy management via photosynthesis.

Critics note that although it is quite possible, it still entails the inefficient combustion of the fuel, wasting a larger proportion of the collected energy in doing so, in comparison to totally electrical systems.

Hydrogen gas is the simplest and lightest molecule in nature. It happily combines with oxygen to form water and releases energy in doing so.

The combination of the two elements may occur in a fuel cell, to produce electricity directly, or burnt in an engine.

There are no carbon emissions involved with either technique, except a miniscule amount from lubricant consumption in the latter.

Burning hydrogen in an engine, rather than processing it in a fuel cell, is again considered far too inefficient by many, but others think otherwise.

It must also be noted that most commercial hydrogen is presently produced from oil.

Deutz has already produced a prototype hydrogen engine as an alternative to fuel cell technology. It is a variant of its standard six-cylinder unit for agricultural machinery.

The company is also exploring its use in various hybrid configurations, especially its combination with electric drives.

This ties in with the idea that driving implements by electric motors, rather than a mechanical PTO (power take-off), will become the preferred option in the future.

The DLG concludes its review of the various fuel options by noting that “the diesel engine will remain the engine of choice in the technology mix for the foreseeable future, but it now has competition”.

Although ignition by compression may be facing an uncertain long-term future, the reciprocating internal combustion engine as a mechanism for releasing the latent energy in fuels, has still a long way to go before it fades from the scene altogether.

This does not mean to say that manufacturers are standing idly by waiting for some great decision to be made. The emphasis is now on making engines more adaptable to different fuels.

In addition to increasing the power density “suppliers are paying great attention to the modularity of their engine systems”, according to the DLG.

This means that “components with flexible mounting positions enable different installation options and system integration in line with requirements”.

Agriland has already reported that Kohler is one engine supplier that is fully committed to modular engine design and is now moving into the mainstream tractor market as a result.

AGCO Power has also announced that its new factory in Finland will be producing a range of engines capable of burning a wide variety of fuels, although no further details have yet been given.

However, sources close to the company suggest that it is looking beyond the alternatives highlighted by DLG, and is working with the assumption that the composition of diesel fuel will change to include non fossil-derived ingredients, such as those produced from waste food.

The internal combustion engine has come a long way in the last 200 years.

Given the ingenuity of engineers, coupled to a recognition that electrical power still faces the problem of storage, it may still have many years ahead of it.