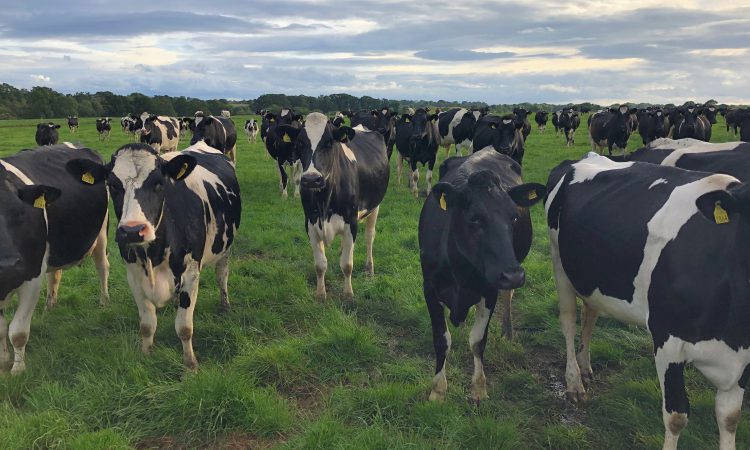 Embryo deaths due to twinning, along with the dry cow – fresh cow transition, are the two main causes of poor scan results seen in herds, according to Dr. Dan Ryan.

For years, Dan – who runs his own fertility management consultancy firm known as ‘Reprodoc Ltd.’ – has been scanning cows across the country, with his team, using ScanSmart Technology.

The talk amongst farmers is that scan results for 2019 are coming back below average on many farms, with better results being achieved by some.

However, Dan spoke to AgriLand to share what scan results he has been seeing on his travels across the country during the 2019 scanning period.

According to Dan, in low-input, low-output herds – which would mainly be crossbred herds – empty rates, on average, are 8%.

These results are based on herds across the island of Ireland and on an average 12-week breeding period.

Cause of poor pregnancy rates

Dan attributes the poor results, seen on some farms, to two main reasons. Embryo deaths – beyond 24 days – due to twinning being the primary reason and the dry cow – fresh cow transition being the secondary reason.

In relation to twinning, he said: “Out of every five cows that have twins, three are lost along the way.

“From the time that embryo dies, it takes that cow between six and eight weeks to come back into heat naturally. If this happens after day 34, time is against her to go back in calf.”

Another factor, which can sometimes be overlooked, is the effect of the transition period from a dry cow to a fresh cow diet – which studies have shown can have a major impact on a cow’s fertility later in the year.

With regard to the dry cow, fresh cow transition, which includes the eight weeks pre-calving and the two-weeks post-calving, he said:

“While cow numbers have increased, it has not matched with housing and feeding space for everyone in the audience.”

Teagasc recommends to have one cubicle space and one feeding space per cow.

“First and second calvers are the likely ones to suffer because they are lower in the pecking order; leading to impaired uterine health post calving.

“These uterine infections are not being addressed, meaning cows are slower to regain cycling and so poor pregnancy rates are being achieved based on previous experience,” he added.

During the conversation, Dan also pointed out that while he has been traveling around farms he has noticed that many cows are not on target for this time of year.

“For cows that are supposed to be between three and four months’ pregnant, at least 30% of cows are below the target body condition score (BCS) for this time of year. This is likely to affect their fertility in the future,” highlighted Dan.