This year’s lambs at risk from nematodirus much earlier

The sudden increase in temperatures in February has put earlier-born lambs at risk from nematodirus, the Sustainable Control of Parasites in Sheep (SCOPS) group has warned.

The SCOPS Nematodirus Forecast already shows many locations at moderate risk, and a confirmed case of the disease in January-born lambs in Cheshire means farmers need to be on high alert.

Locations throughout the UK are already showing a moderate risk on the SCOPS Nematodirus Forecast map, which means a hatch is likely to take place within seven to 14 days if warm weather persists.

Stubbings explained that it put lambs aged six to 12 weeks at the most risk. 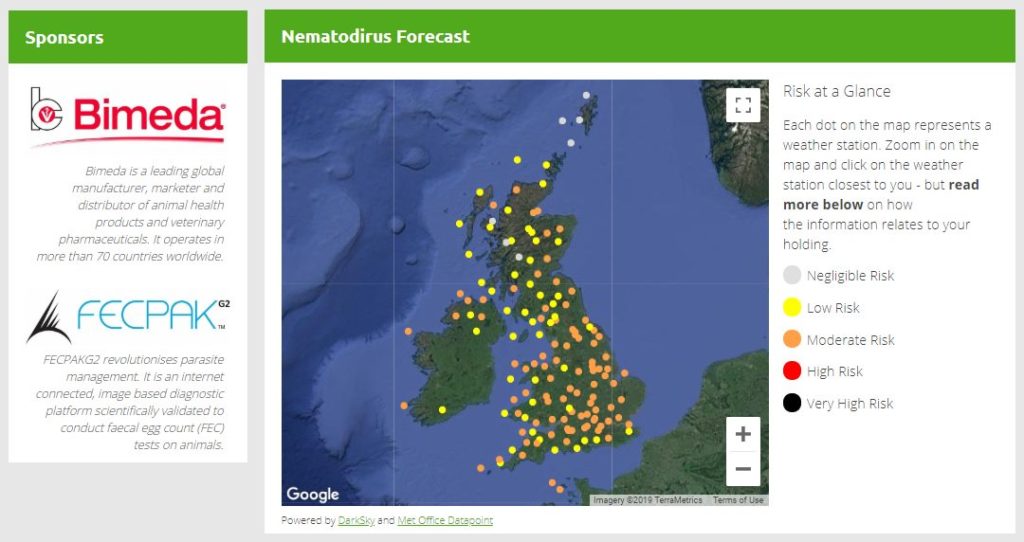 The forecast map is updated daily using data from more than 140 weather stations around the UK, tracking changes in risk throughout the spring and early summer.

Last year, it showed the ‘Beast from the East’ delayed the annual hatch and, therefore, the threat to lambs in most areas. However, in contrast, the early hatch this year poses a threat to earlier-born lambs.

Stubbings added: “Use the map on the SCOPS website to find your local weather station and, as soon as it changes colour, carry out a risk assessment to decide whether you need to take action for your flock.”

Hannah Vineer of the University of Liverpool was instrumental in developing the online tool for SCOPS. She said: “Moving lambs to lower risk grazing that was not grazed by lambs last spring will help to avoid a high challenge, but nematodirus eggs were commonly seen in faecal samples from sheep of all ages throughout 2018 and into early 2019, which means even land grazed by older sheep could be contaminated.

"Although faecal egg counts cannot be used to decide when to treat young lambs for nematodirus, as the damage is done by larvae that don’t produce eggs, regularly monitoring and recording faecal egg counts can help track which fields provide the safest grazing for lambs come spring.”

The first early case of nematodirosis in January-born lambs confirmed in Cheshire is something practising vet Harriet Fuller has seen in her area of Herefordshire in previous years.

“These early cases act as an important reminder that nematodirus eggs can hatch early in warmer, more sheltered fields.

"This year SCOPS has added an alert to the forecast so if you have a case let us know by leaving the first half of your postcode on the form on the website to help others.”

Dr. Vineer said it was essential for sheep farmers to take into account this variation from field-to-field and farm-to-farm.

When deciding whether or not to act, it is important to assess the risk to each group of lambs based on the history of the field and its aspect and altitude.

"South-facing fields tend to have an earlier hatch and, as a guide, every 100m increase in altitude will delay hatching by about seven days.

The SCOPS Nematodirus Forecast has two new features this year. As well as the ability for farmers, vets and others to report confirmed cases, there is a weekly record they can consult to see when the risk levels changed in their area.