Home » Arable » Tillage: Are you practicing a five-minute fallow policy? 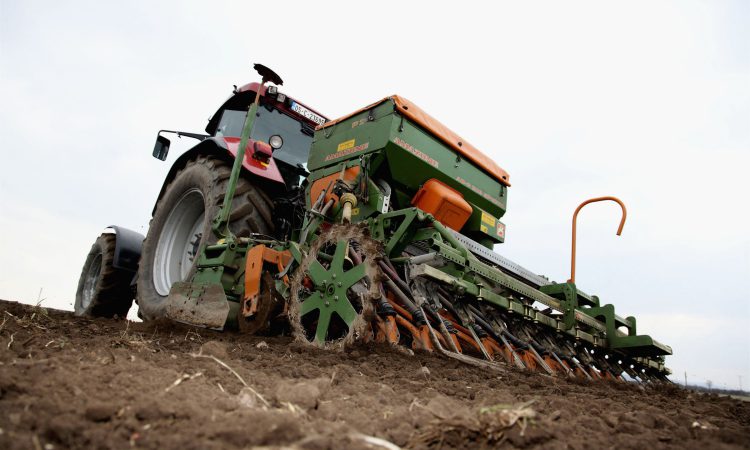 Many UK tillage growers now practice what they call a ‘five-minute fallow policy’ as they strive to improve the sustainability of their farms.

In practical terms, this means going in with the seed drill to plant cover crops as soon as the combines, balers and trailers leave it in the wake of the previous harvest. This was an issue referenced by south of England-based farm manager Andy Mahon, during a recent interview he gave to the Tillage Edge podcast team. He said: “Chasing the combine out of the field is the ideal situation. What we did this year was to use an 8m drill to get cash crops sown out any time there was a break in combining.

“The weather was very dry in the weeks following this year’s cereal harvest. As a result, the new cover crops didn’t get the best possible start.

“A couple of wet days would have helped our cause immensely. But, as a matter of principle, we are planning for the following spring as soon as the previous year’s harvest has been dealt with.” Mahon will only sow out cover crops if there is a significant time lag between the main crops within the rotation he is following.

Within a spring cereal scenario, sheep graze the cover crops available on the farm over the winter months. Mahon continued: “We have not had a slug problem on the farm since we stopped growing oilseed rape. About 40% of this year’s winter wheat acreage has been treated with slug pellets.

“There is never a requirement to treat spring cereals for slugs on the farm.”

In terms of future planting strategies, Mahon is actively looking at the feasibility of sowing out a blend of at least two varieties. He explained: “We looked at the variety Theodore as a standalone crop last year. It received a standard fertiliser regime, which included trace elements, but no fungicide treatments.

“Yield at harvest stood up pretty well. But the grains looked like pine needles. This year, we have mixed Theodore and Costello as a two-way planting blend; the theory being that Costello should deliver an enhanced level of grain quality.

“A significant number of cereal growers in the UK are now looking at the option of sowing out three and four-way blends of wheat as a means of reducing their reliance on chemicals. “There is now a significant body of research to suggest that it is a path worth following for the future.
Download Our Free App
Cover Crops Tillage Wheat Winter cereal varieties
Loading Next Story