Home » Beef » Tractor and low-loader involved in collision with house

Tractor and low-loader involved in collision with house 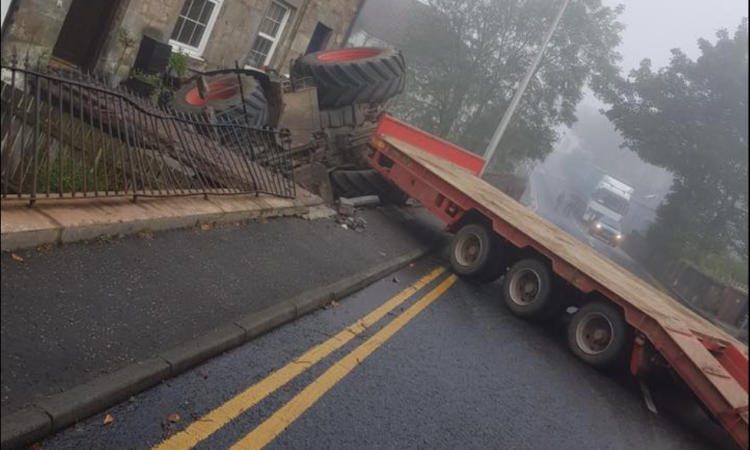 A tractor pulling a low-loader has collided into a house on the outskirts of a village in Scotland, this morning, Monday, September 23.

A spokesperson for the Police in Scotland has confirmed that officers were alerted to the incident at approximately 9:15am this morning.

Reports received by Police outlined that a vehicle had crashed into a house located on the Largo Road (A915), Lundin Links.

The picture (below) of the incident shows what appears to be a Fendt tractor overturned having collided with a barrier at the front of the house and tri-axle low-loader.

Continuing, the Police spokesperson explained: “Ambulance and police are at the scene and Mill Wynd has been closed as a precaution.”

Meanwhile, in Ireland on Friday, September 20, Gardaí were called to the scene of a road incident where a tractor overturned on a motorway.

The incident occurred when the tractor in question ran into difficulties on the off-ramp at the junction and toppled over.

Fortunately, no injuries were reported; however, the driver was issued with a fixed charge penalty notice (FCPN) by attending Gardaí.