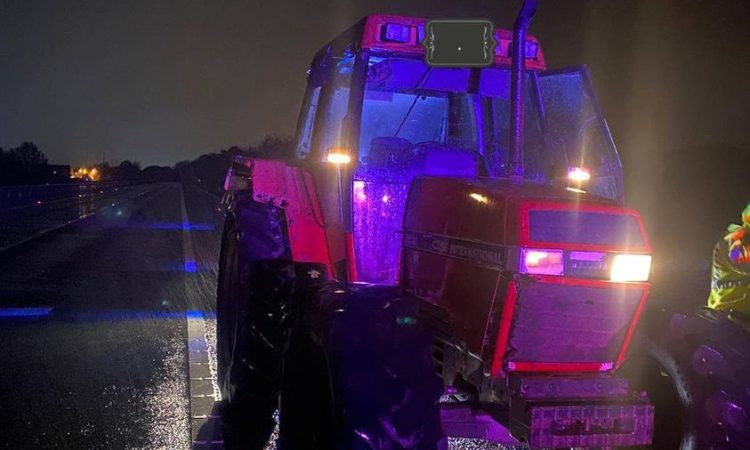 A tractor driver has been arrested for a number of offences after being stopped for driving on a motorway – in the wrong direction – at night recently.

“This could have had tragic consequences and just doesn’t bear thinking about.

“The night section got the tractor stopped and the driver arrested. He is being investigated for numerous offences including dangerous driving, excess alcohol and disqualified driving,” the PSNI post added.

Driving On A Motorway