Tractor towing a trailer crashes through the front of a house

A tractor which was towing a trailer has smashed through the front of a house on the B5062 in Telford in the UK.

The incident took place at around 9:45 this morning Thursday, December 10. 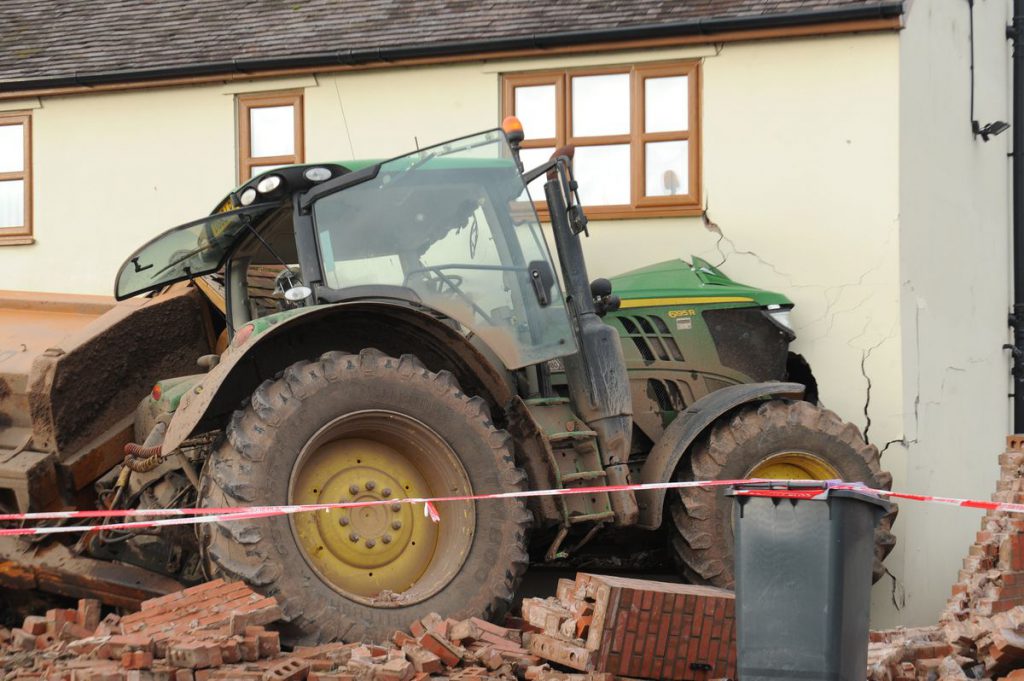 The John Deere tractor is seen to have breached the front wall of the two-story house and the collision forced the road to be closed while the tractor was removed from the house.

The driver was taken to hospital with injuries that were described as not serious. 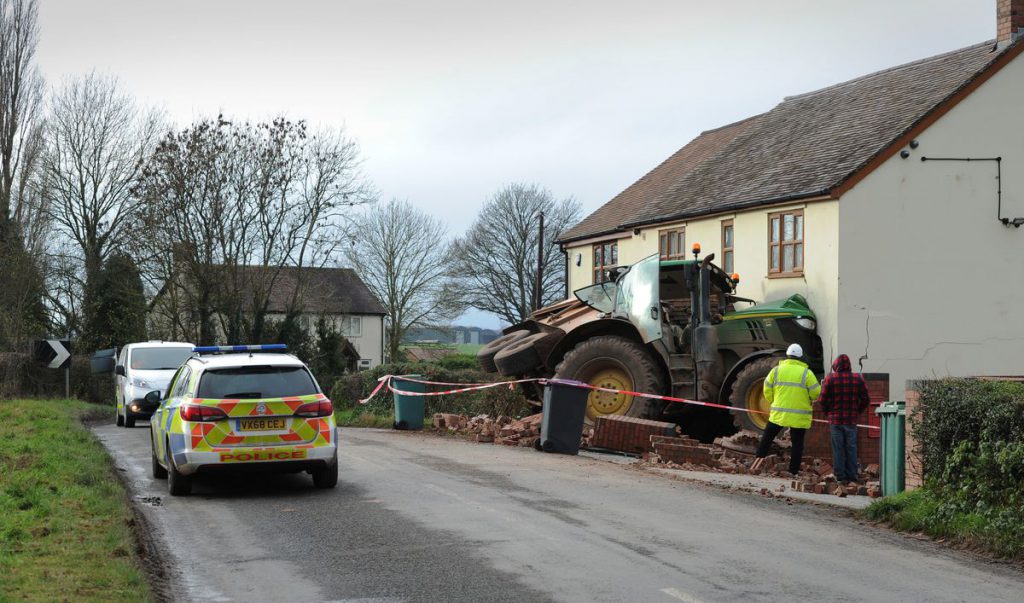 We were called by the fire service at 9:50am to a road traffic collision involving a tractor and house on Cotwall Lane in High Ercall. We sent one ambulance and a paramedic officer to the scene.

"Crews treated one patient, a man, who was the driver of the tractor, for injuries not believed to be serious. He was taken to Royal Shrewsbury Hospital for further treatment."

Appeal for info after collision between car and tractor

The PSNI have launched an appeal for information in relation to a collision which took place between a car and a tractor last week which left one man seriously injured.

The incident occurred the evening of November 26, in the Killough region of Co. Down, according to local members of the PSNI.

In a plea for information, PSNI officers based in Co. Down said:

"Police investigating a road traffic collision in Killough on Thursday evening, November 26, are appealing for witnesses or dashcam footage.”

"We would appeal to anyone who witnessed the incident or who may have dashcam footage to contact Police on 101, quoting reference number 1458 of 26/11/20.

"Alternatively, information can also be provided to the independent charity Crimestoppers on: 0800-555-111 which is 100% anonymous and gives people the power to speak up and stop crime."