Holy cow – friends’ insurance scam hits a wall (as well as a cow)! 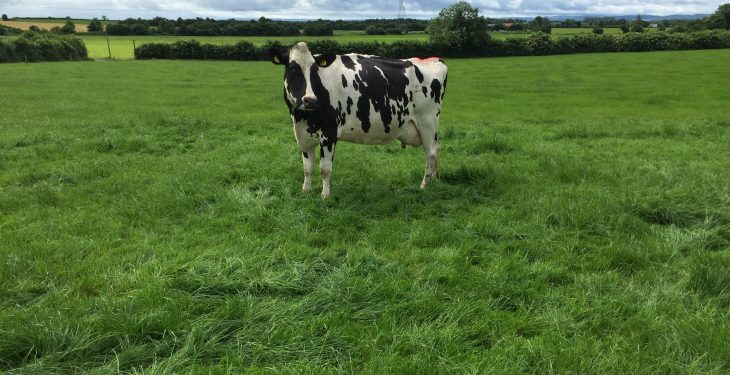 A group of friends have admitted to an insurance scam involving FBD in which they let a cow out on a country road and then struck it with their car, the Sligo Champion has reported.

Stephen McDonald of Mill Falls, Collooney and Daniel Meehan of Farnaharpy, Skreen, were both charged with insurance fraud at Ballybeg, Knocknahur, near Ransboro on October 9, 2014 recently at Sligo District Court.

The court heard that they dishonestly convinced FBD Insurance to pay €4,000 for crashing into a cow they had earlier let out onto the road.

According to the paper, Inspector Paul Kilcoyne said that McDonald and another man, not present in court on the day, hatched the scheme and then introduced Meehan to the idea.

Inspector Kilcoyne told the court that they broke down a stone wall at Knocknahur which allowed a cow to escape.

He said that Meehan admitted his part in the plot and read out his statement to Gardai.

Meehan said that McDonald picked him up and they were in Ballisodare “discussing ways to make money”.

He said that they then came up with a plan to let a cow out of a field in Ransboro and hit her with the car.

One of the three men then broke a fence down and put stones on it so a cow could escape, the paper reports.

However, Meehan told Gardai that he had his doubts when he saw the cow on the road and that as they got closer to the cow one of them shouted ‘don’t do it’ but it was too late and they hit the cow.

Meehan then said that the cow got up and ran away and they called an ambulance and the Gardai.

According to the Sligo Champion, solicitor for the defence, Laura Spellman, said that Meehan was “relieved” when the truth came out.

“He wasn’t the brains behind the plan but he foolishly went along with it,” she told the judge.

She said that Meehan wrote a letter of apology to the farmer and offered to rebuild the fence but the farmer had already repaired it.

Furthermore, Spellman said that Meehan was “very ashamed” and the incident had caused a “huge embarrassment to his family”.

Shane McDermott, acting on behalf of Stephen McDonald, sought more time from the court to come up with compensation.

However, Judge Kevin Kilrane said that the “simple” scheme to let a cow out on the road, hit it and then make a claim from FBD Insurance amounted to “serious fraud”, according to the paper.

The judge said that the young men were unable to afford insurance because of people like him making false or exaggerated claims and that “a message has to go out”.

The court then heard that Meehan had no previous convictions and the judge said that he was satisfied that the scam was “out of character” but that he was “a very willing participant up to a point”.

Judge Kilrane ordered him to pay €500 to a charity, possibly an animal rights charity and adjourned his case until December 15, that if there was nothing further he would strike out the charge.

Meanwhile, the paper reports that he remanded McDonald on continuing bail to October 6, for compensation to be paid.