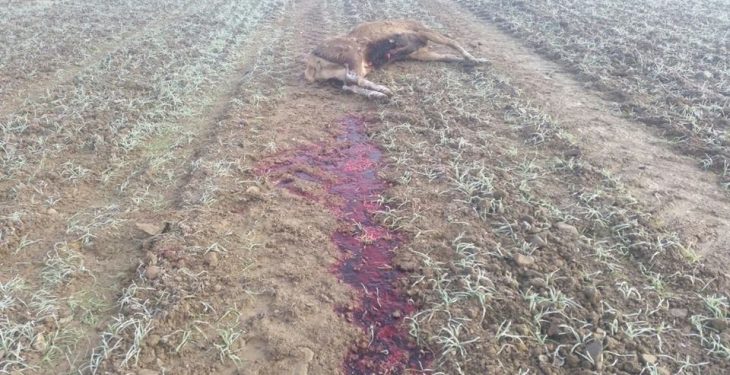 Two red deer were found shot on protected lands in Meath in the past week. One was shot dead and the other was found alive but had to be put down, according to an Garda Siochana.

Graphic pictures posted on the Facebook page show one of the deer that was shot by poachers was left decapitated.

Gardai said that a second red deer was still alive and had to be put down after they arrived on the scene.

A small light coloured van was spotted acting suspiciously in the area around the time but no better description or registration is available, Gardai said.

“If you know the suspects involved in deer poaching let us know who they are.

“If you have spotted gunmen shooting from their vans or jeeps along the road or using a lamp at night time to shoot deer, this is illegal please contact Slane Garda Station on 041-9824202.”

Red deer are a protected game species and can only be hunted with a licence from the National Parks and Wild Life Service (NPWS).