Tyrone’s International Miss Macra back in wellies after big win 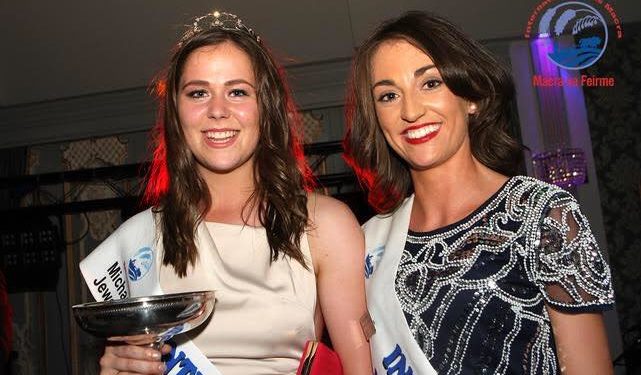 Newly crowned International Miss Macra, Lynsay Hawkes, was back in her wellies on her dad, Kenny’s dairy farm outside Omagh, Co. Tyrone, shortly after her big win in Thurles, last weekend.

A member of Seskinore Young Farmers’ Club (YFC), she represented Northern Ireland at the Queen of the Land Festival last year.

Preparing to go into her final year of sports studies at university in Jordanstown, Belfast, and to be a Sport for Life programme tutor, she is no stranger to club competitions, having taken part in just about every one that is organised. “I enjoy the competitive aspect, but I also do it to encourage younger members to participate,” she said.

A member of Seskinore YFC for the past 10 years, she is the current club secretary. She held the position of club PRO for three years and was awarded top PRO in Northern Ireland, 2014.

She enjoys the club meetings, which take place every two weeks for the winter programme. “I just love the social aspect, and getting out and meeting new people, as well as learning new life skills.”

Her other great interest is farming. As well as milking and doing all the usual farm jobs, she works in the canteen at Clogher Mart.

“My dad is the fourth generation in his family to farm. I did think about going the agricultural route as a career, but I have two older brothers, and the oldest is the farmer in our house, so I said I would leave that to him. I now hope to teach physical education in a secondary school, as I have a passion for sport.

It’s great though to see more young people, and women, getting involved in farming. They are just as capable as everyone else, and it is important to remember that we are the future of farming.

She was delighted to bring the specially handcrafted tiara home to Northern Ireland. “In the 46 years of the competition, it only came north five times,” said Hawkes, who shows the family’s pedigree Jerseys and Holsteins at agricultural shows.

“The Queen of the Land competition was great craic. I met so many people. James Speers, President of the Young Farmers’ Clubs of Ulster, recommended that I go for it, and I really enjoyed taking part.”

The International Miss Macra competition in Thurles, where contestants stayed with host families, was “absolutely amazing”, she said, with highlights including a visit to Coolmore Stud. “It was a fantastic experience.

“The girls were very good ambassadors for their counties, and should be very proud of what they achieved,” said Hawkes, who plays rugby with Omagh Accies.

“I am extremely excited what the incoming year has in store, and to promote all things YFC and Macra,” said the newly crowned International Miss Macra.