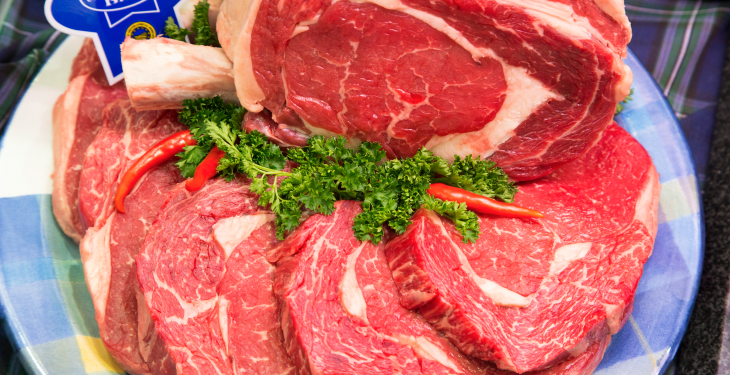 Currency exchanges, the mild winter and price-competitive poultry have all fed into the decline in value of UK retail beef sales, analysts claim.

According to the Livestock and Meat Commission in Northern Ireland, decline in total expenditure has occurred despite the average retail price remaining fairly steady, and coincides with a 2.4% decline in volume sales.

“There is a very competitive environment out there and poultry has been the big winner again for another year, while beef just softened a little bit,” said Debbie Butcher, Senior Analyst of Sheep & Beef Market Intelligence at AHDB, the agriculture and horticulture development board in the UK.

“There is every possibility we are facing into another challenging year on the retail side for beef.”

Butcher said she thinks the new mantra for UK beef sales is going to be ‘everyday low pricing,’ as opposed to linking different products on promotion.

“We are still in some difficult economic times, despite what the government says about us all being better off. There is every possibility it may continue. Convenience is king and beef doesn’t necessarily fit as well into that market as well as poultry, for example.

“I’m sure Irish beef will continue to be competitive: its price would have to erode somewhat to reduce a significant amount of its competitive nature,” Butcher said.

“However, the discussion we are having over here about Brexit will obviously have some impact on currency and that might be more advantageous to ourselves than to Ireland.”

During the four-week period ending January 3, the price of beef in UK supermarkets dropped 1.1%, compared to the same period a year previous, according to the latest data from Kantar Worldpanel.

However, in spite of the lower price, beef sales volumes also declined by 1.6%.

Beef and Livestock Sector Manager at Bord Bia, Joe Burke, said It is difficult to assess the market and to make reliable conclusions based solely on supermarket sales figures over a one-month or three-month period.

“Nonetheless, anecdotal evidence would suggest that the unusually mild temperatures this winter have not been good for beef sales.

“Talking to some of the multiple retail buyers, they report that a spell of frosty weather usually induces more consumers to purchase beef: whether it be a hearty roast, a succulent stew or a comforting casserole,” Burke said.

According to the UK Met Office, December 2015 was by far the mildest on record, with average temperatures more than 4 °C above the long-term average.

While the retail price of beef fell slightly, competing proteins also need to be taken into consideration, along with the underlying economic climate.

“Low cereal and other feed costs have enabled poultry to remain especially price-competitive. Average price reductions of 2% over the latest 12 weeks helped poultry sales volumes to increase by 2%,” Burke said.

In addition, the strengthening in the euro relative to sterling in recent weeks has not been favourable for Irish beef exports to the UK.

“In effect, Irish exports are becoming more expensive in sterling terms, and therefore less competitive, especially when one considers a 30p/kg decline in British cattle prices, relative to this time last year. Currency markets, along with UK economic prospects, are likely to be influenced by the forthcoming Brexit referendum,” Burke said.