UK farmers venture to Sweden to to learn about precision farming

UK farmers on a two-day study tour to Sweden found that they are ahead of the game when it comes to precision farming.

The Agriculture and Horticulture Development Board (AHDB) facilitated the trip in order to ascertain what they could learn from Scandinavian farming practices –  and the results weren’t quite as expected.

Gavin Dick, AHDB knowledge exchange manager, said: “What we realised was that we are actually further ahead in our use of precision technology than some of our neighbours, which is great, but we aren’t resting on our laurels.

“The tour also reminded us that with precision tech, you get out what you put in. There are no off-the-shelf solutions. You need to take what is out there and adapt it to fit your own business needs.”

One speaker at the event who epitomised that attitude was Dutch potato farmer Jacob van den Borne.

Jacob, who farms 600ha of potatoes as well as 300ha maize, firmly believes that success in precision farming is 90% due to having the discipline to use the tech methodically, while just 10% is down to having the necessary kit.

When he started with precision farming 10 years ago, Jacob found that the average overlap on his fields was 13%.

This was due to their small size and their odd shapes with most of the fields spanning an average of 3ha and having six corners.

However, after investing €500,000 in new kit, he was able to reduce that overlap to just 2%, decreasing his inputs and costs, and enabling him to pay back his investment in just three years.

For Aberdeenshire-based farmer Peter Chapman, Jacob’s approach to precision is spot on.

He said: “Jacob focused on areas where he could make a real difference and I think that’s what I have taken home from our tour.

I want to pay more attention to my yield maps and use them, along with electromagnetic soil scanning, to produce a map of our soil potential.

There was also some exciting technology at the show which stimulated discussion.

One was the System Cameleon, a seed drill and inter-row hoe, which can not only weed between rows after it drills but also plant a second crop in between. 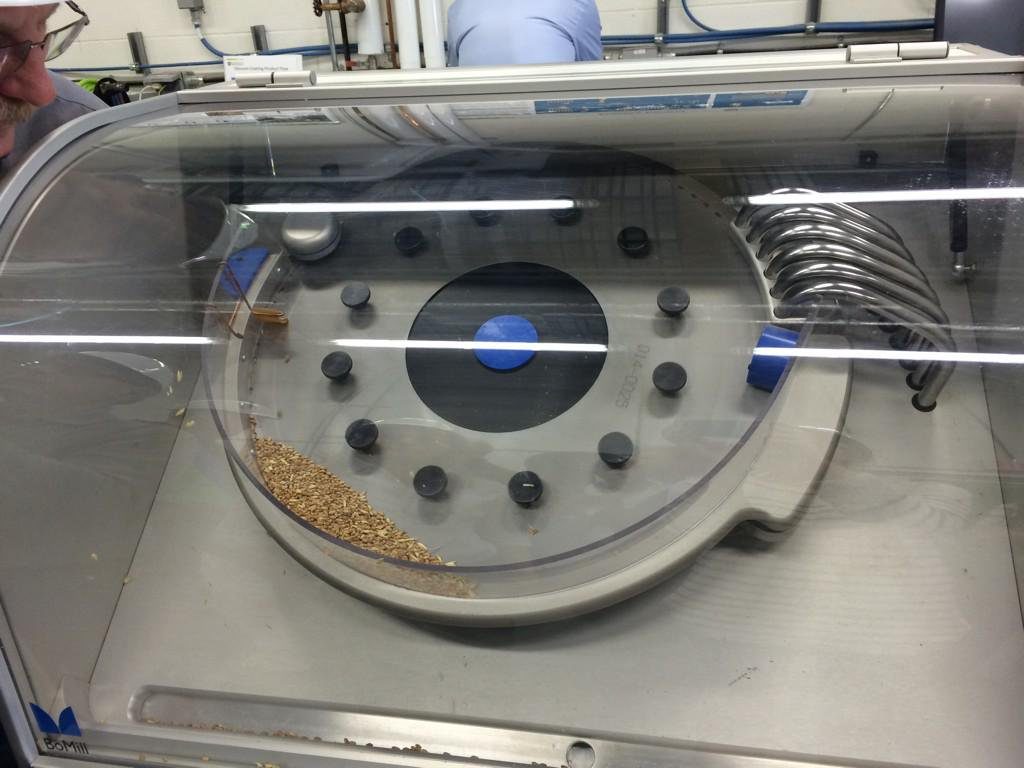 There was also a fair bit of interest in BoMill, a recently launched grain sorter which can analyse individual grain kernels in terms of size, weight and quality.

For Highland Grain Chair, Black Isle farmer Donald Ross, the machine could – if scaled up – be very helpful for getting the best quality barley for the distilling industry.

He said: “The machine could potentially be calibrated to measure each individual grain for nitrogen content, which means we could filter grain in terms of quality for distilling which at the moment is far harder to judge.”

John Deere announces new tie-up; who is it this time?