UK Prime Minister wants out of the EU single market 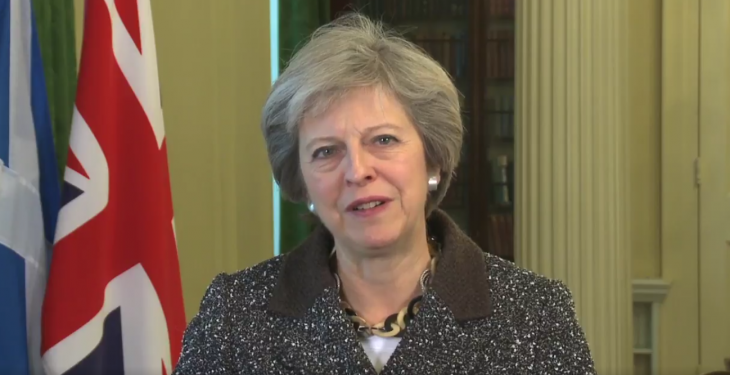 The UK Prime Minister, Theresa May announced that the UK plans to leave the European Union single market as part of its Brexit plan.

In a speech highlighting the UK’s plan to leave the EU, May said that the UK cannot remain within the single market and thus she proposed the introduction of free trade agreements between the UK and the EU.

May set out her plan ahead of negotiations with the EU, which she said is an opportunity to build a truly global Britain “that reaches out to old friends and new allies alike.”

“As a priority, we will pursue a bold and ambitious free-trade agreement with the European Union,” May said.

This agreement should allow for the freest possible trade of good and services between Britain and the EU’s Member States.

“It should give British companies the maximum freedom to trade with and operate within European markets and let European businesses do the same in Britain.

“But I want to be clear, what I am proposing cannot mean membership of the single market,” she said.

May continued to say that remaining part of the single market, for all intensive purposes, would mean not leaving the EU at all as the UK would still be subject to EU regulations and laws.

We do not seek membership of the single market, we seek the greatest possible access to it through a comprehensive bold and ambitious free-trade agreement.

“That agreement may take in elements of current single market arrangements in certain areas,” she said, as it makes no sense to start again from scratch when Britain and other Member States have adhered to the same rules for many years.

“The days of Britain making vast contributions to the European Union every year will end,” she said.

This may have a negative impact on the overall level of funding available to European agriculture, the chief source of direct payments to farmers.

Agreements outside the EU

A global Britain must also be able to strike agreements with countries outside of the EU, she said, as it is clear that the UK needs to increase its trade with the fastest growing export markets in the world.

“We want to get out into the wider world to trade and do business all around the world.

“Countries including China, Brazil and the Gulf States have already expressed their interest in striking trade deals with us.

“We have started discussions on future trade ties with countries like Australia, New Zealand and India,” she said.

This may be a cause of worry for Irish exporters because the UK accounts for 41% of Irish food and drink exports, estimated to be worth €4.4 billion.

The UK leader also made it clear that she intends to maintain the common travel area between the UK and the remaining 27 Member States once the UK does leave the European Union.

However, she did admit that the any agreements reached between the UK and the EU on an exit package must get clearance from the houses of parliament before being rolled out.