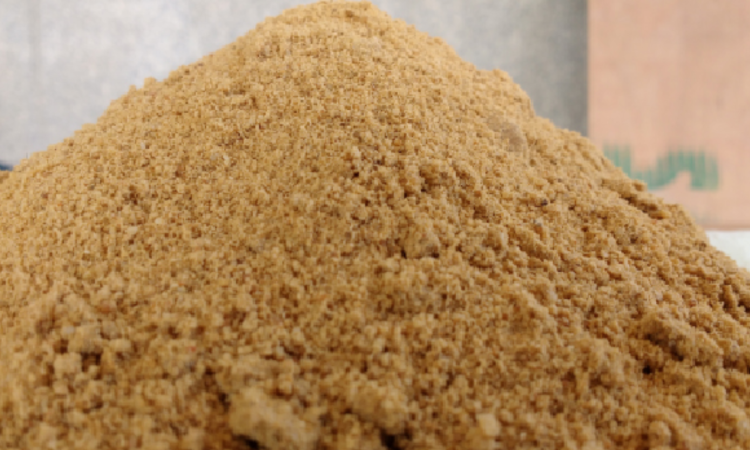 Processed animal protein (PAP), which includes meat and bone meal, was banned from livestock feed across Europe as part of disease control measures during the 1990s BSE crisis.

The ban on feeding livestock animal protein was partially relaxed by the European Commission in 2013, after a period of continuous decrease in the incidence of BSE.

As a result, PAP derived from non-ruminants has been allowed in feed for aquaculture since June 2013. However, the use of ruminant PAP is still forbidden in feed for farmed animals

The new proposal will allow non-ruminants to be fed with ruminant collagen (or gelatine), as well as with proteins from insects, pigs and poultry.

European Commission documents read: “The main limiting factor to the further lifting of the feed ban provisions for non-ruminants has been the lack of appropriate laboratory methods to control the nature of the PAP, when present in a feed intended for poultry or pigs in particular.

“However, thanks to the progress made in recent years in the field of laboratory methods, the commission was indeed able to launch a discussion with the Member States’ experts, as of 2019, on a new amendment of the feed ban. ”

“It would particularly level the ground for making the protein supply of the EU livestock more sustainable by offering the industry the opportunity to partially replace imported soybean and fish meal with high-quality proteins processed from local animal by-products or insects to address the need for protein in the feed ration of farm animals,” a notice to MEPs read.

How would it affect Northern Ireland?

A DAERA spokesperson confirmed the rule change would automatically apply to Northern Ireland.

“The draft measure is currently subject to scrutiny before the European Parliament and Council of the EU. If adopted by the EU, it will automatically apply to Northern Ireland as a consequence of the Protocol on Ireland / Northern Ireland. Officials are monitoring the progress of the draft measure and considering the implications if it were to be adopted by the EU,” the spokesperson told Agriland.

Ulster Unionist peer Lord Rogan called on the UK Government to stop the relaxed rules from applying to livestock feed in Northern Ireland.

Lord Rogan said he was “alarmed at the seriousness of the issue we are facing”.

Yet again, the UK Government is asleep at the wheel and driving towards a very large wall in relation to Northern Ireland in general and the agri-food sector in particular,” he said.

Speaking in the House of Lords this afternoon, Lord Rogan told peers: “The Prime Minister’s decision to sign up to the Northern Ireland Protocol has placed the province’s agri-food business in an increasingly perilous situation.

“We were promised that Brexit would improve food standards right across the United Kingdom, but this will not be the case if processed animal protein is allowed to enter the food chain in Northern Ireland.”