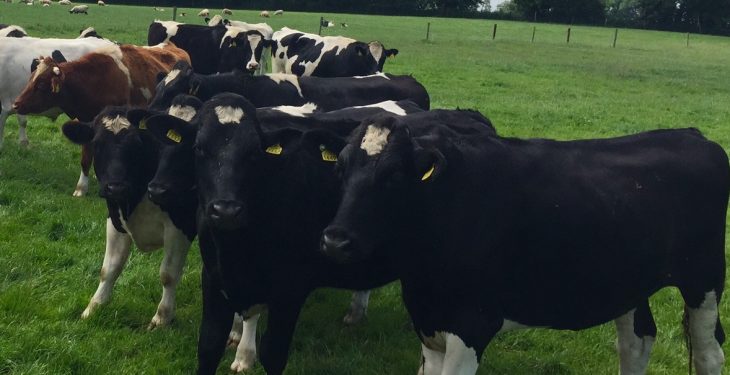 UK and Irish beef prices continue to go in different directions with British prices up significantly in the past six weeks.

With some Irish processors set to quote a base price of 370c/kg and steer prices in the UK closer to 430c/kg the differential has now widened to 60c/kg.

In the UK, the supply and demand balance continues to favour farmers, according to the AHDB. It says deadweight cattle prices came under further upwards pressure in recent days, with an increase of 3p in the British prime cattle average price to 353.0p/kg (415c/kg).

According to the AHDB, this was a similar increase to that seen in all but one of the past six weeks or so, in a welcome change to most of the year the average price has firmly settled above last year’s level.

The AHDB says prices in the UK have now been moving up for over four months and, at least in the short term, market trends look unlikely to change significantly.

It says with cold room stocks reported to be less than adequate, processors are competing actively for the available cattle fitting supermarket specification.

Producers with the right type of cattle in the right number are in a strong bargaining position and are undoubtedly able to secure higher prices, it says.

The British cow trade also remained buoyant for another week, according to the AHDB this is despite estimates suggesting that numbers coming forward were at their highest level for a number of months.

The cow trade in the UK has fared relatively well throughout the summer in comparison to those across the EU in general, which is suffering from high dairy cow slaughterings as the collapse in the EU milk market continues to take its toll on dairy producers.

Given the fall in the value of sterling, price competitiveness of UK cow beef in euro markets has improved, which has clearly supported the market.