Home » Arable » Update: How much are contractors charging to harvest grain?

Update: How much are contractors charging to harvest grain? 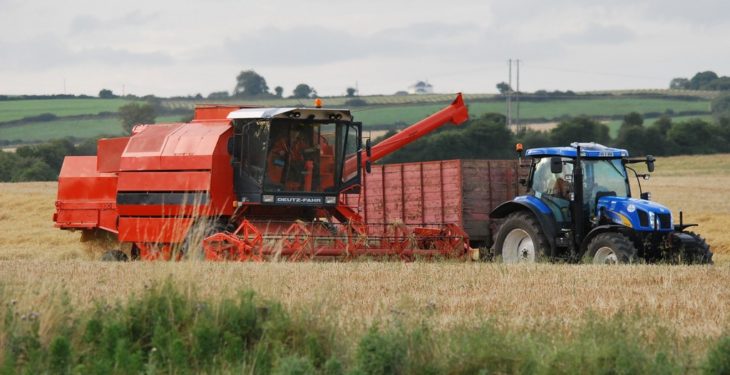 With harvesting around Ireland in full swing, AgriLand asked what agricultural contractors are charging for combine harvesting cereal crops in 2017.

Different quotes were given, depending on services provided and machines on the ground, in various counties.

In Co. Galway, a contractor gave a quote of €55 excluding VAT per acre for combine harvesting (machine and driver). When asked about grain carting or haulage, he said that it varied too much from job-to-job to give a one-size-fits-all answer – as it depended on: distance and accessibility; the number of tractors needed; and other factors.

Meanwhile, in Co. Tipperary, a contractor also quoted a price of €55 excluding VAT to bring in the combine. For haulage, the contractor said that it depended a lot on distance, with a rough quote given of €4 up to €5 excluding VAT per tonne.

In Co. Kilkenny, the quoted figure was between €45 and €50 excluding VAT, depending on the number of acres to be cut and distance from his base. For haulage, €4 per tonne excluding VAT was quoted; this could rise depending on distance. Lorries were available for longer draws.

One of the contractors we spoke to expressed strong views of the future viability of this service. He said that cutting cereals was not a profitable activity, and noted that costs for diesel and machinery necessitated the quoted price. He also noted that agricultural contractors are currently carrying a lot of debt.

He said that this simply had to stop; if it does not, it has the potential to drive contractors out of business which, in turn, could put severe pressure on farmers.

He provided an anecdote, whereby he was recently discussing the matter with another contractor; the two noted the severe difficulties they had in getting paid by some farmers.

Going on experience, they found that difficulties arose most often with farmers with larger enterprises who expected favourable credit; smaller farm businesses were far more willing to provide prompt payment.

It was also noted that, in some cases, prices were being forced down to unsustainable levels in a “drive to the bottom”, with some contractors now questioning the long-term viability of their businesses. 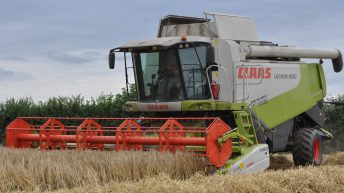 How much are contractors charging for harvesting cereals?