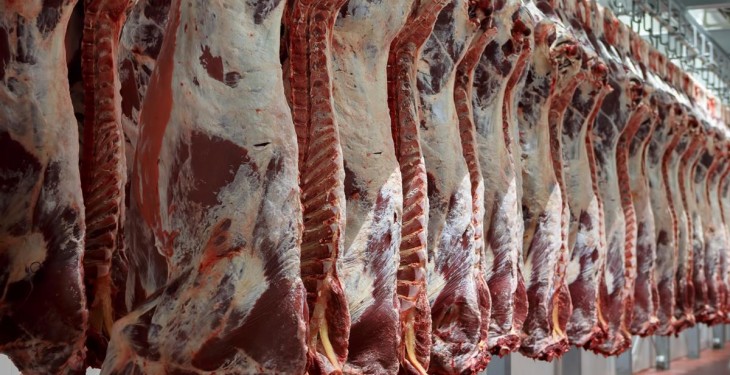 US beef imports have declined 16% year-on-year, the latest Livestock, Dairy, and Poultry Outlook from the USDA has found.

Beef imports were reported at 284m pounds in June, a decrease of about 16% relative to a year ago.

Through June, total imports were down 13% as a result of dramatically smaller volumes of beef imported from Australia and New Zealand.

Fresh/frozen beef from Brazil will add to the volumes of thermally cooked and processed beef currently accepted into the US, the USDA has said.

Increases in the forecasts of second-half 2016 total beef imports (+35m pounds) and first-half 2017 beef imports (+50m pounds) largely reflect the expectation of larger volumes of beef flowing into the US from Brazil.

The 2016 beef import forecast is 3 billion pounds, down 12% on a yearly basis. Beef imports are also expected to decline even further in 2017 to 2.6 billion pounds.

US beef exports in June were modestly lower (-0.5%) than the previous year at 213m pounds, but were down 3% from levels reported in May, USDA figures show.

Strong growth continues in Japan, with exports up 20% from June 2015. In June, beef exports to South Korea increased only 1%, while it estimates that beef exports to Mexico grew approximately 6% on a yearly basis.

For January through June, the figures show that total US beef exports were 2% higher than a year earlier.

Though beef exports appeared lackluster through June, shipments abroad are expected to gain momentum, increasing approximately 22% and 7% over a year earlier in the third and fourth quarters of 2016.