Video: Farmers race to save sheep from searing flames 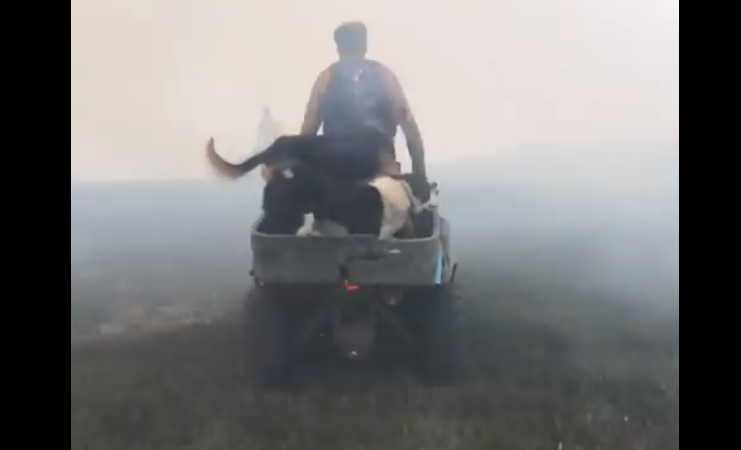 The video posted on Facebook by James Needham, who assisted in the rescue operation, shows a farmer and his friends racing across the moor, to try and rescue his flock of sheep before the recent extensive moor fire got to them.

The video was accompanied with the line “Being chased by rain clouds whilst gathering a moor is one thing; being chased by fire is something else”.

As can be seen in the footage, the farmers – with sheepdogs in tow – cross through billowing smoke and smouldering turf in search of the stranded sheep.

In the comments on the original video, Needham explains that the group was successful in rounding up the sheep – numbering between 300 and 400.

Commenting to AgriLand, Needham said: “We certainly saved most of them but there are odd ewes appearing with some burns.”

Meanwhile, the Ministry for Defence issued a statement confirming that the army was deployed yesterday to assist in controlling the ravaging flames on Straddleworth Moor.

The troops deployed overnight from their barracks in Catterick, the department said.

Operating out of a nearby Army Training Centre, they were instructed to assist the effort to control and reduce the fire, undertaking tasks such as the management of water lines, fire beating and providing general support where required.