Home » Machinery » Video: ‘It’s fast becoming the [tractor] brand to have in the south-east’

Video: ‘It’s fast becoming the [tractor] brand to have in the south-east’ 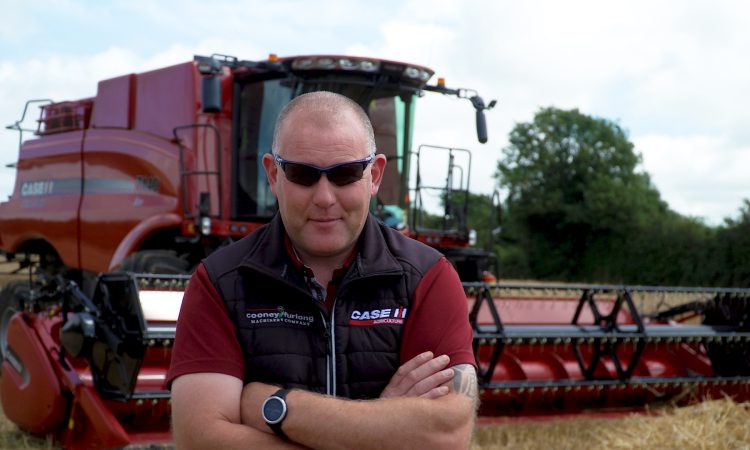 AgriLand paid a visit to Co. Wexford to catch up with Barth Landy (Cooney Furlong Machinery Company), as he put a ‘demo’ Case IH Axial-Flow 7140 through its paces.

It was working alongside two of Cooney Furlong Grain Company’s own four combines, so the field in question was a veritable hive of activity.

Barth didn’t just talk about combines though; he also had a thing or two to say about how Case IH – as a brand – is faring in the south-east. To find out more, watch this video (below) – shot by our camera-man Kevin Farrell.

Barth explained: “Case IH sent us over a new-generation Axial-Flow 7140 to try out; we were more than happy to do so.

“As people know, there’s a big farming concern within the [wider] company; we already run a fleet of four combines [of another brand] – so we wanted to compare and see like-for-like. 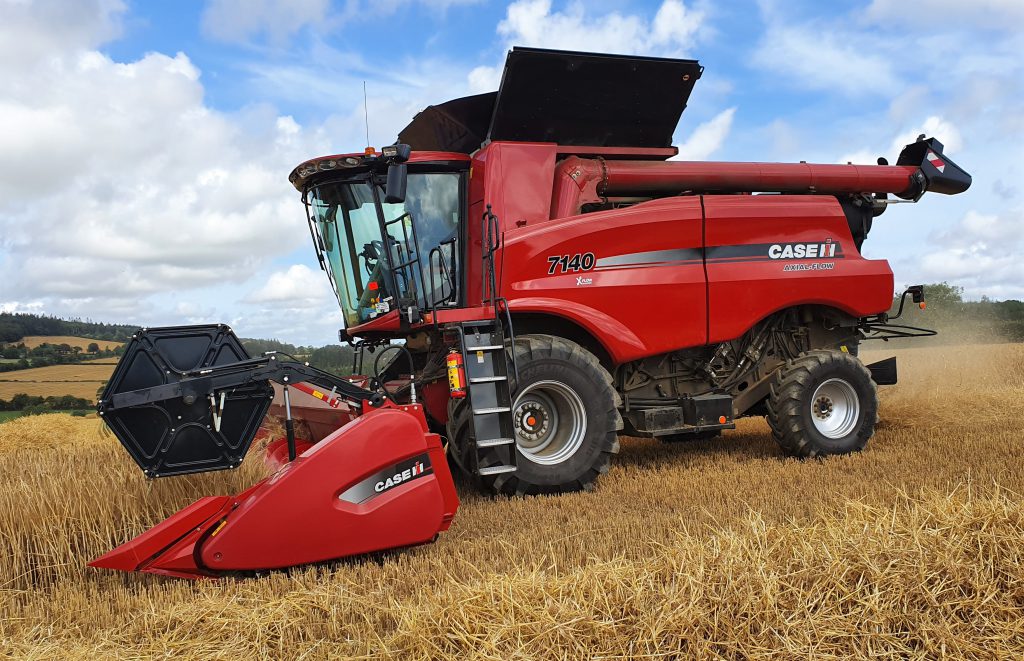 “The spec of this machine includes a 3050 header – a 25ft unit. The engine is an 8.7L FPT unit – the same as what’s in the Magnum [tractor].” He then went on (in the video) to describe some of the combine’s other technical features.

He added: “You know what the Axial-Flows are like; the rotary system is not the same as conventional straw-walkers. I’m not saying it’s for everyone, but you can get the straw into a reasonable state of management.” 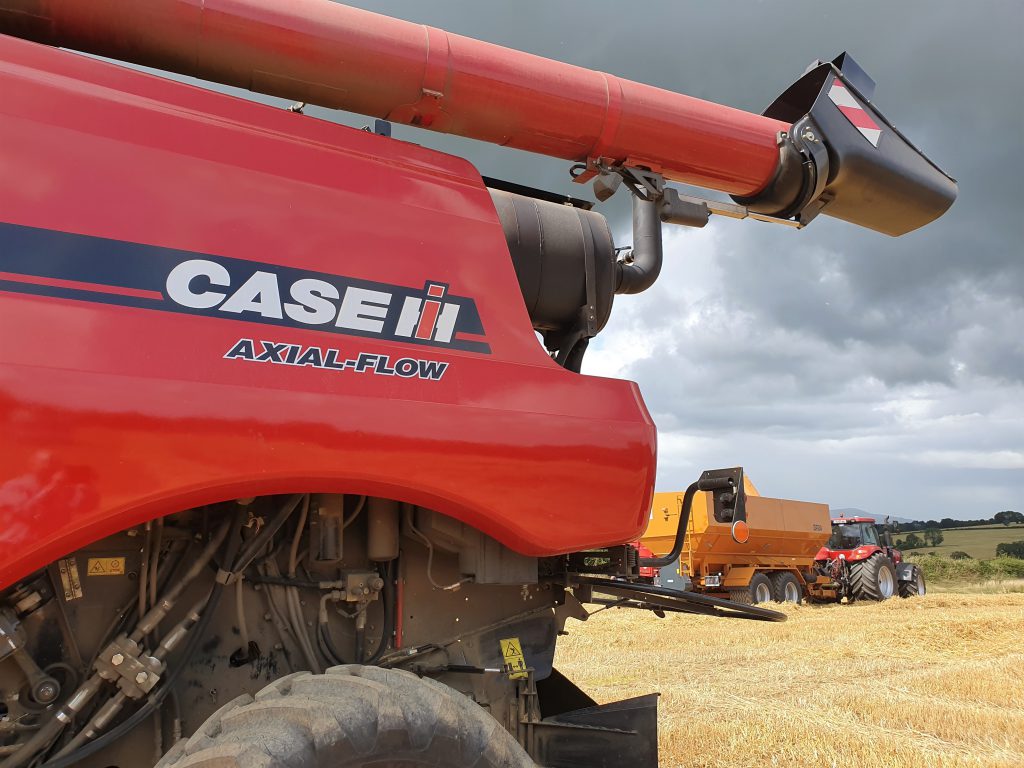 Turning his thoughts to Case IH’s tractor line-up, Barth said: “The Puma range goes up to the CVX 240…then into the Optums. We actually have a few Magnums working in this area as well – typically pulling drills.

“There’s a big requirement for big output; [working] windows are shorter. Farmers want to get through the work quicker; it’s the same with contractors.” 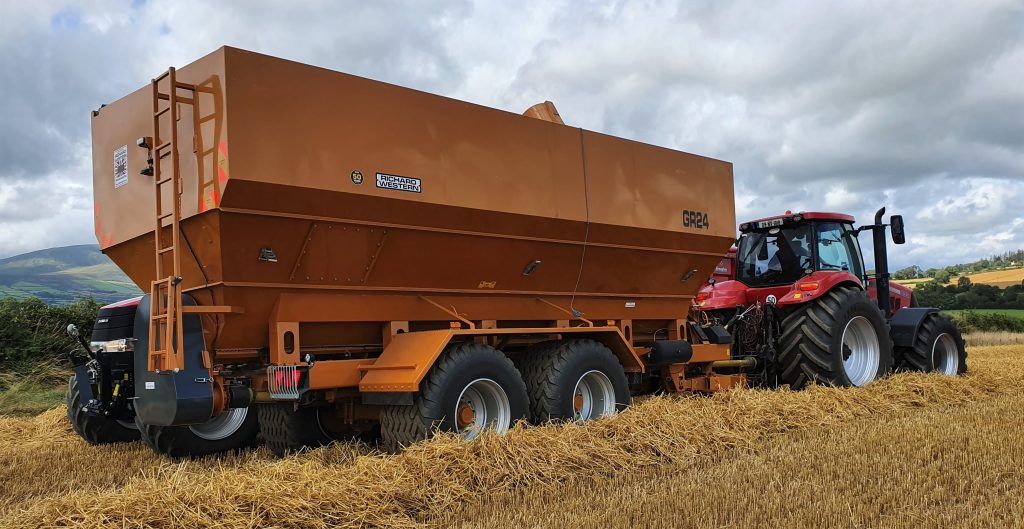 He added: “[Cooney Furlong Machinery Company] moved into the new showroom on September 9 last year and, look, we’ve gotten off to an extremely good start.

“You know; it took a little bit of convincing in the beginning. Not everybody knew the bigger-horsepower tractors – maybe – as well as the competitors.

Nonetheless, we’ve absolutely sold a tonne of them – believe it or not. Case IH is now fast becoming the brand to have in the south-east.

“If you see anyone who comes in to us, they’re like ‘oh; I see loads of Case IHs on the roads’. It’s really encouraging to see.” 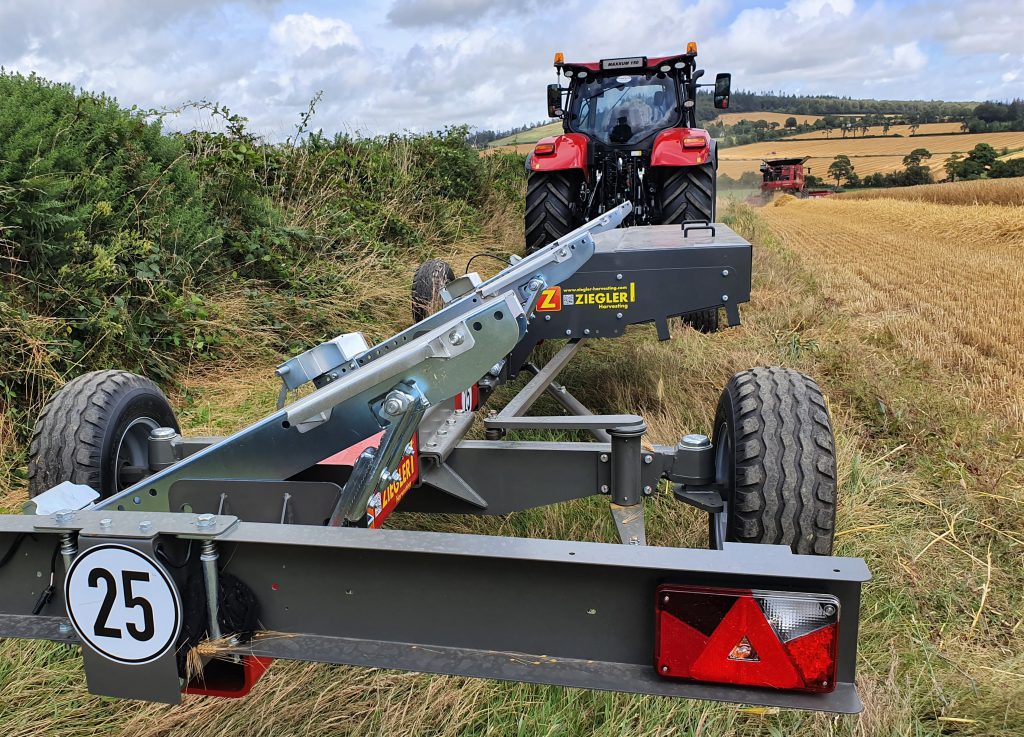