Video: Miss out on the final day of Ploughing 2016?

Some 72,000 people attended the final day of the 2016 National Ploughing Championships in Screggan, Tullamore, Co. Offaly.

This year’s attendance figure was up 2,000 people on the 2015 event in Co. Laois and organisers have described it as the ‘most successful’ Ploughing ever.

Anna Marie McHugh, Assistant Managing Director, said that traffic to and from the site moved well all week and credit is due to An Garda Siochana in no small part, who put the traffic management plan in place.

“With the record numbers attending, everyone expected to meet some holdups, but the traffic was kept flowing at all times with only the very minimum of delays. We are delighted with the overall attendance figure this year.”

The three days ran very smoothly and the feedback from early on, via social media, has been extremely positive.

For the final day, Bank of Ireland was there to film the goings on and got chatting to some of Ireland’s biggest sports stars.

After a wet day two of the championships, there was plenty of sunshine for the majority of the final day of the event.

Over the course of the three days the site became quite mucky, with the rain leaving plenty of muddy water around the 1,500 exhibits as the video shows! 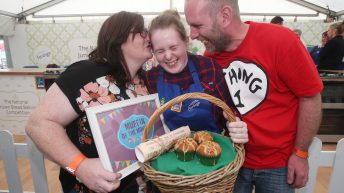 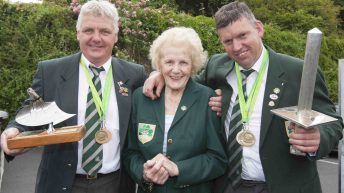