Watch: 5ac of greens in 55m²? No imports…hyper-local food

Two re-purposed shipping containers, fitted with a 'Farmony' - 55m² in size, can produce 55,000 heads of lettuce per year or 408 trays of micro greens per week.

John Paul Prior sees these "5ac farms" as a way to compliment an existing farming enterprise.

His vision is to have as many Farmony models across the country as possible, complimenting an existing beef enterprise for example and providing another income, all while replacing food imports into this country.

These salads, herbs and micro greens will be grown using hydroponic technology - no soil involved - and will be highly nutritious and free of pesticides.

That IT input into the farm provides a controlled environment.

Anyone who owns a Farmony solution can control it from anywhere in the world with a mobile device. The controlled environment means no pesticides are used and growth cycles are efficient. 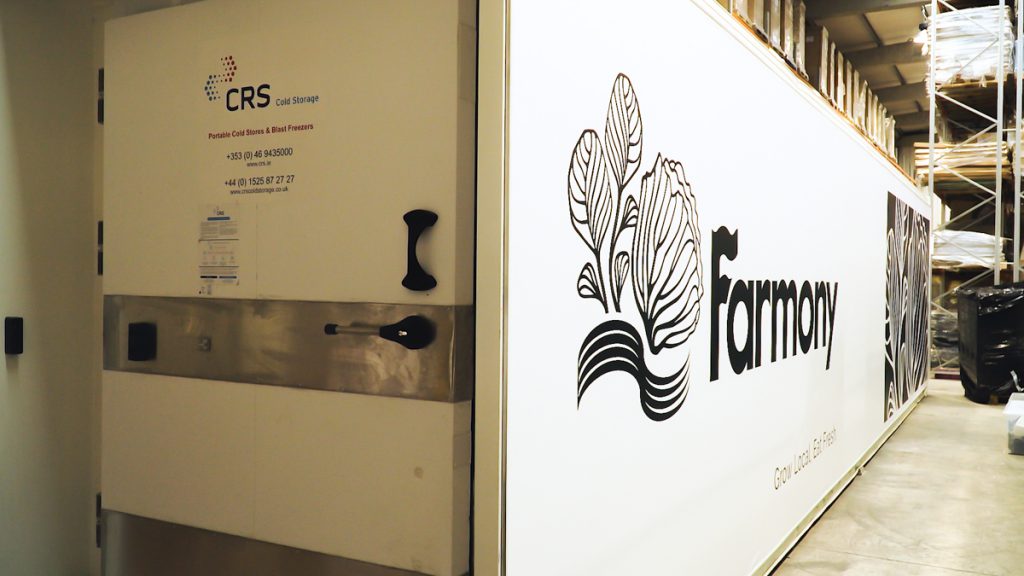 Salads and micro greens are grown inside this controlled environment[/caption]

"The growing season in Ireland is obviously from May to September. In a Farmony, a producer can grow all year round - 365 days a year," John Paul explained.

This provides a whole new window of opportunity for Irish growers to have a continuous supply of fresh and local produce. 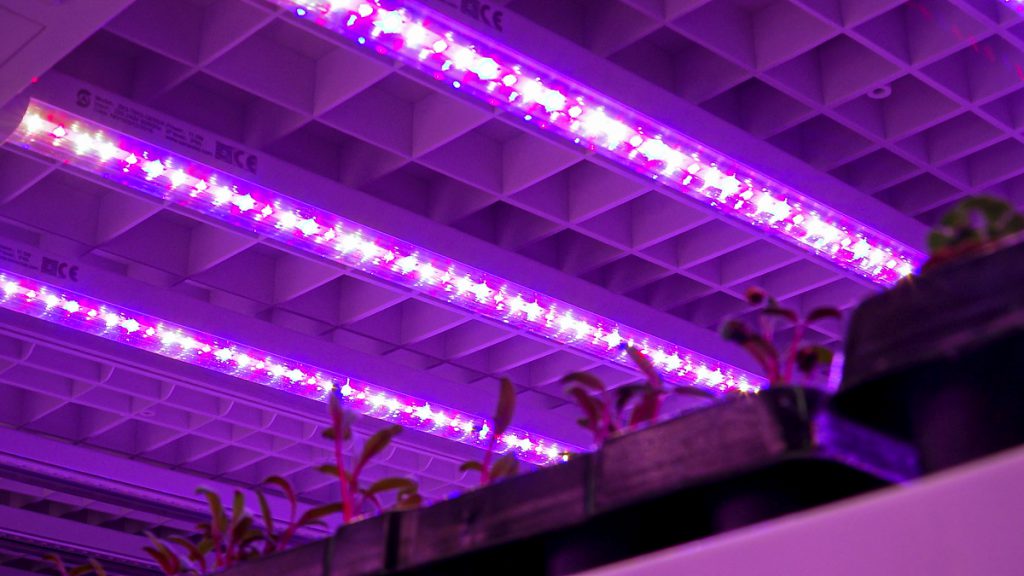 The business model allows for crops to be grown in small spaces. Restaurants could have their own source of salads and herbs all year round for example.

A restaurant's beef supplier could provide the beef, the herbs to season it and the salad to accompany it.

At present, Ireland is heavily dependent on imports in this sector, which can be clearly seen on the supermarket shelves.

"We're encouraging people to apply for the horticultural grant in 2020," John Paul noted. 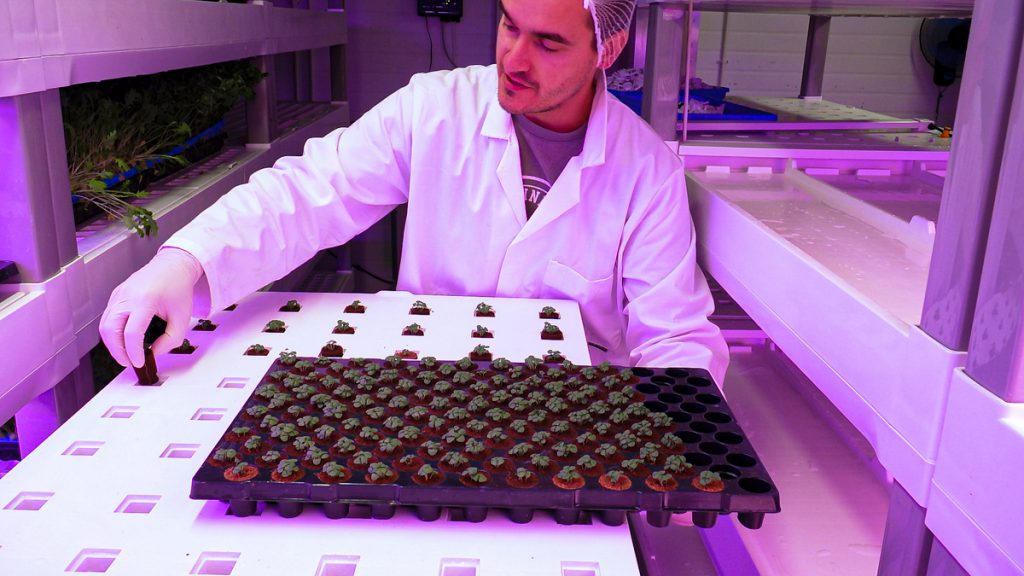 "The country imports about €300 million worth of produce, so we're trying to basically offer a solution for producers to replace those imports.

You're talking about hyper-local produce. These farms could be placed in urban centres or farmyards.

John Paul noted that while there are some farming sectors struggling at the minute, one of his company's solutions could fit into a current farm business.

John Paul estimates a total workload of 25-30 hours/week and noted that there is a 40% grant available to set up the farm. 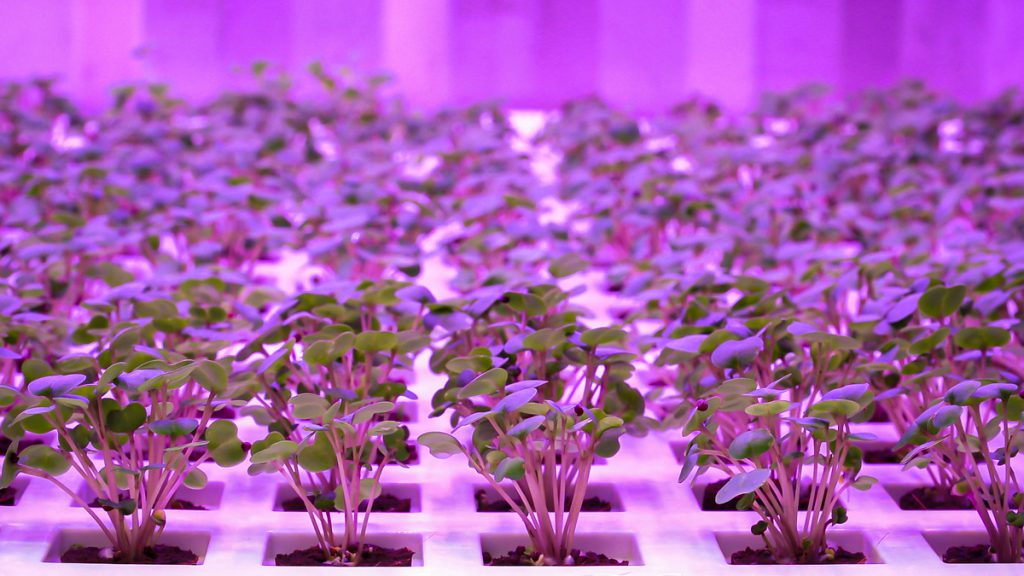 The system can also be used in an existing farm building. Mushroom houses, which are no longer in use for example, are ideal for these modules.

What was being grown in the Farmony which AgriLand visited?

John Paul explained a small bit about how the farm works. The modules - which from the outside look like shelves - are basically flat-packs and can each be assembled in 45 minutes.

Water and nutrients flow through these modules feeding the plants. The gallery below shows the root structures of some of the plants and the water in the trays which is filled with artificial fertilisers.

"We use hydroponic technology so there's a constant water flow throughout the module.

First of all the process is you seed sow. Then you transplant and the roots take the nutrients from the water solution that's ebbing and flowing throughout the module.

Once the initial work of sowing and transplanting is carried out, the remainder of the work can be completed from a mobile device until harvest. 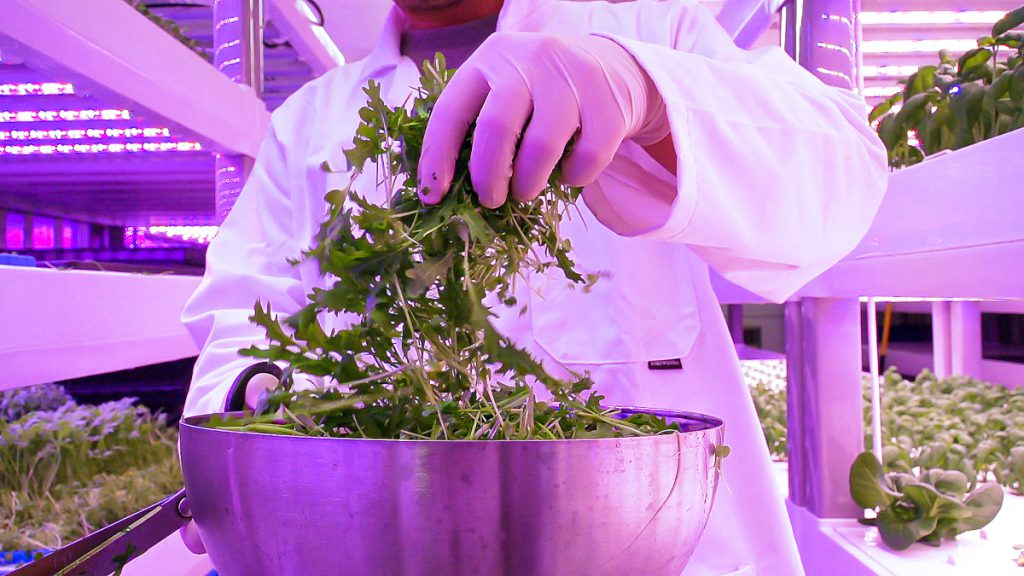 Lighting and temperature, as well as electrical conductivity and pH levels in the water, are all monitored and used to decide on the different "plant recipes". The information is all sent to the master controller and sends nutrients to the plants accordingly.

Lights go on and off automatically, nutrients go in and out.

The irrigation system and lighting can all be changed from anywhere in the world. The amount of light hours can be changed for example, depending on the different plants.

Some plants like basil might require more white lights, while mustard or chard will have more blue lights.

As well as plant recipes, John Paul thinks he has the recipe to "supplement and compliment" current farming businesses, which he thinks can be made more sustainable and profitable by building a Farmony on site.