Home » Agri-Business » What are the dangers associated with under and overfeeding ewes?

What are the dangers associated with under and overfeeding ewes? 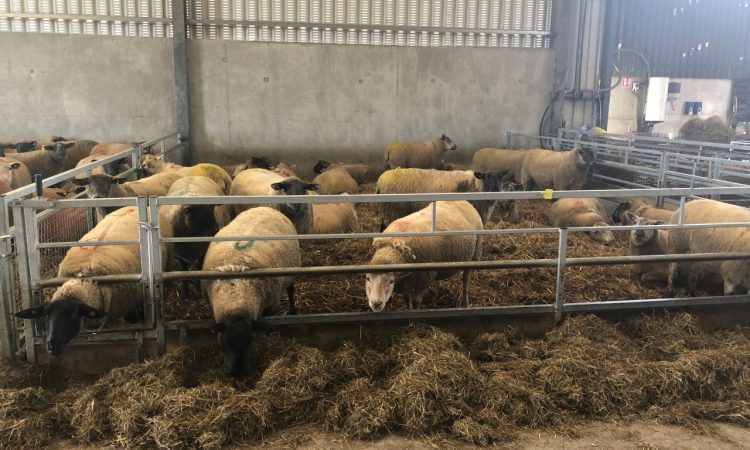 With the lambing period fast approaching for mid-season flocks, farmers will be anxious that ewes are in good condition to avoid any health problems.

Every spring, sheep farmers come across a number of different health problems, whether it’s got to do with the ewe or her lambs.

In the case of ewes, problems can arise in terms of under and overfeeding. Ewes that are underfed will mobilise their body reserves. This, in turn, will result in less vigorous lambs, with the likelihood of increased losses.

The most common animal health problem associated with underfed ewes is twin lamb disease (pregnancy toxaemia). Although it is not very common on well-managed sheep farms, it is still a concern this time of the year.

To counteract this problem, ewes should be fed good-quality feed of at least 70% dry matter digestibility (DMD) and concentrates.

In terms of concentrates, it is important to gradually build up the amount being offered over a number of weeks – generally over eight to 10 weeks.

In the case of twin and triplet-bearing ewes, they will require extra concentrates to meet the demand of the growing foetus.

In the last four-to-six weeks of pregnancy, ewes will require a ration that contains adequate amounts of soya bean.

Soya bean is crucial for the production of colostrum – especially for ewes that are carrying two or more lambs.

Another problem that can be seen on sheep farms is ewes prolapsing. Generally, this is associated with heavy ewes and can be seen quite frequently with ewes that are carrying two or more lambs or ewe hoggets.

Advertisement
During the last few weeks of pregnancy, ewes gradually run out of space – which is taken up by the growing foetus – and are restricted to the amount of feed they can consume.

Therefore, in order to reduce the chance of this happening, it is best to draw up a suitable feed plan for single-bearing, twin-bearing and triplet-bearing ewes.

Prolapsing is not entirely the result of overfeeding and is related to a number of other factors. However, a farmer is in control of what he feeds his ewes. Therefore, by supplementing ewes with what they need and not overfeeding, this problem can be minimised.

Farmers should avoid feeding high intakes of concentrates, as this can lead to prolapsing.

Furthermore, ewes that are carrying two or more lambs are under severe pressure and this can result in ewes prolapsing.

Despite the fact that both twin lamb disease and prolapsing occur under different circumstances, they can be minimised by carrying out the same procedures.

Ideally, you want your ewes lambing down with a BCS of 3.0. However, in order to reach this, concentrates need to be introduced gradually and they must contain adequate amounts of good-quality protein.

Another important factor to take in is feed space. A ewe that weighs 90kg requires a meal feeding space of at least 600mm.

Ewes that don’t have access to adequate fed space will lose condition and mobilise their own energy reserves instead of passing them on to their offspring.