What makes the money in a modern machinery dealership?

CLIMMAR – a network of farm machinery dealer organisations across much of Europe – compiles fascinating data, accruing from surveys of its member associations.

The most recent survey results were presented last October - at the CLIMMAR Congress in Prague (Czech Republic). This data, among other things, gives an insight into where a typical farm machinery dealer’s income is derived.

Turnover of each activity

For the 'average' CLIMMAR dealer, 55% of turnover came from new equipment sales – namely tractors and machinery.

Sales of second-hand equipment accounted for 14% of overall turnover.

The workshop drummed up 10% of turnover; parts accounted for 17%. Other sundry items ran to 4%.

This pie-chart (below) shows the information more clearly. 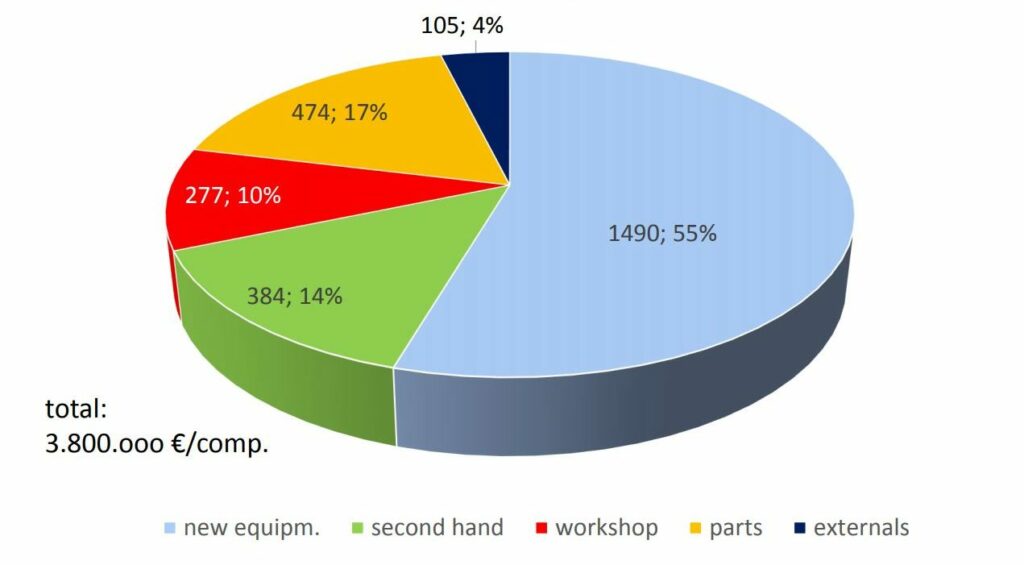 These percentages are markedly similar to those resulting from the previous CLIMMAR survey - the results of which can be accessed below.

As we've observed previously, this breakdown of figures is not altogether surprising; new equipment would clearly account for a major proportion of turnover in most dealerships – given the high value of modern equipment, especially tractors and harvesting machinery. 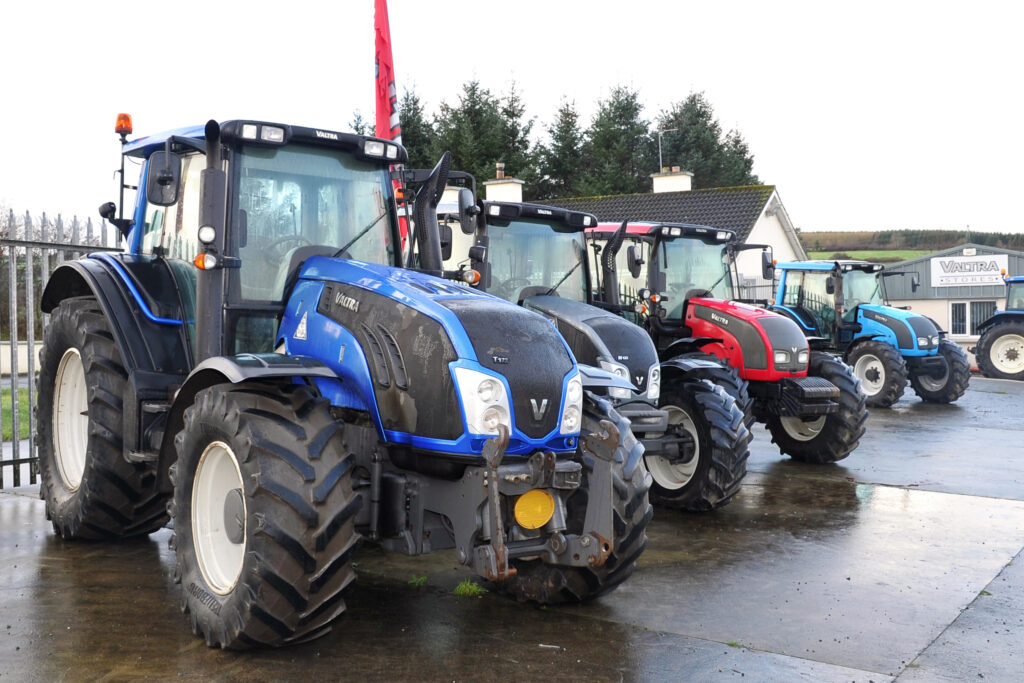 Of course, most of that money is passed on to the manufacturer or distributor; only a fraction is retained within the business.

By contrast, while the workshop percentage (10%) is small this income is largely spent within the business to cover its own direct overheads – such as wages.

The survey also revealed that there were noteworthy positives evident in the agricultural machinery trade in 2018. This graphic (below), for example, shows the development of turnover (in each of the respondents' businesses) in the first half of 2018, compared with the same period of 2017. 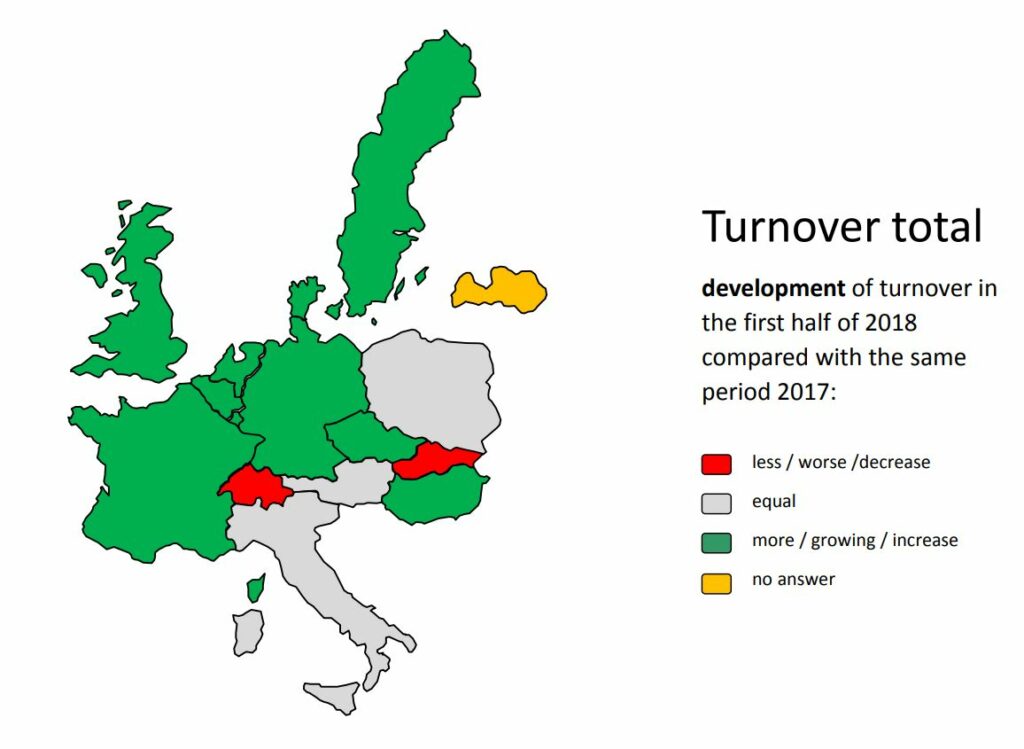 Who or what is CLIMMAR?

CLIMMAR is a European network of agricultural machinery dealer organisations; it encompasses 16 national associations and their member companies.

In all, its 16 national bodies account for 18,864 individual dealers and dealerships. In total, they employ almost 160,000 people. They sell to a hinterland inhabited by almost 3,500,000 farmers. 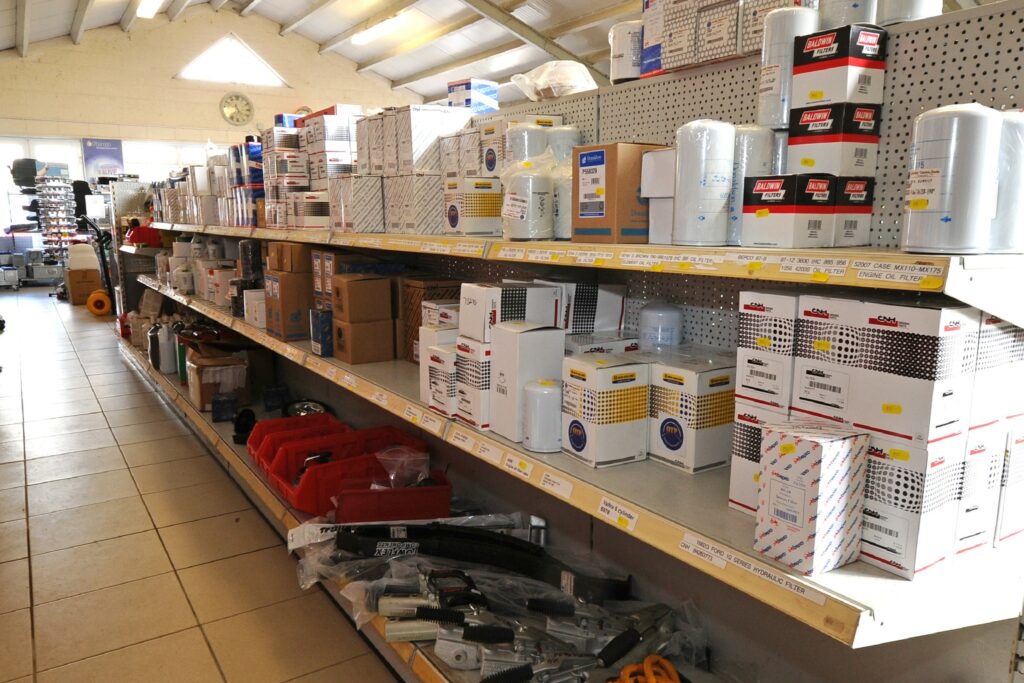