Home » Machinery » What’s the ‘mood’ like in machinery circles?

After a record high in February, the general business climate index dropped slightly this month. However, it says that the overall index is still at a “relatively high point”.

The slight drop was seen across different product groups, but all segments “continued to remain positive”.

Comparing the different regions shows that growth is expected in all markets; respondents to surveys in Germany and Poland appear to be the most optimistic.

Respondents in the Czech Republic, Slovakia and Belgium appear to be the least optimistic.

The table below shows this in greater detail.

Data has also been compiled on how turnover is developing, compared to the same period of 2017. The trend is broadly positive. The chart below reveals the details underpinning this trend.

In addition, figures have been gathered – to indicate how new orders are progressing (compared to the same period of last year). Again, this trend is positive in the main. The chart below teases out the relevant data.

In other recent news, CEMA revealed that 161,235 new agricultural tractors were registered across 30 European countries in 2017. This means that the European tractor market grew by 12.8% in 2017 (compared with 2016).

This, says CEMA, represents a further increase from an already-high level.

The main reason for this December peak was the introduction of new technical requirements for tractors at the start of 2018; these became mandatory on all new tractors on January 1 of this year. 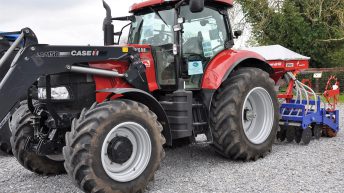 Tractor sales spiked across Europe in late 2017…but why?