Why antibiotic resistance poses a big risk to farming – UFU

The Ulster Farmers’ Union says the threat of antibiotic resistance is a growing concern and it is supporting calls for these crucial medicines to be used responsibly.

“Antibiotic resistance is an issue for both human and animal health. It’s in everyone’s interest that these medicines remain effective,” said UFU Animal Health and Welfare Chairman, Harper Doupe.

As part of the drive to tackle this threat, the UFU has joined the Responsible Use of Medicines in Agriculture Alliance (RUMA). Mr Doupe says being part of this group will help the UFU raise awareness and share expertise, and best practice on using antibiotics responsibly in agriculture.

“This is a voluntary initiative. Industry partners are working together on the future of antibiotics and other animal medicines. The immediate concern is to prolong the effectiveness of current antibiotics. We want to see strategies implemented that will secure these vital medicines for the future,” said Doupe.

RUMA is an independent, non-profit group of organisations that claims to “represent all stages of the food chain”, including farming organisations, vets, animal medicines suppliers, farm assurance schemes, retailers and animal welfare groups.

Antibiotic use in the pig sector

Meanwhile, figures released this month by RUMA suggest that the UK pig sector is making significant changes in how it stewards antibiotic use in at least one key area, with a halving in prescribed antibiotics administered in feed for young pigs.

National data collected from the UK’s major feed compounders indicate that, back at the beginning of 2014, 37% of all feed for young pigs contained a prescribed antibiotic. This had more than halved to 18% by the end of 2016. In fact, two thirds of the reduction took place in 2016, showing an increasing pace of change.

Paul Toplis representing the Agriculture Industries Confederation (AIC), which is a RUMA member, said that some of the reductions appear to have been made possible by the use of zinc oxide, which when added to feed at medicinal levels can reduce the need for antibiotics in pigs by protecting the gut against E. coli bacteria. 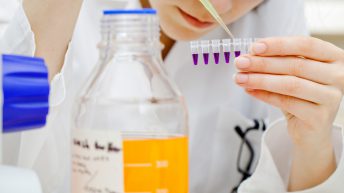 ‘Antimicrobial resistance is putting human and animal health in danger’