Home » Opinion » WWI: What can we learn from the few who fed the many?

WWI: What can we learn from the few who fed the many? 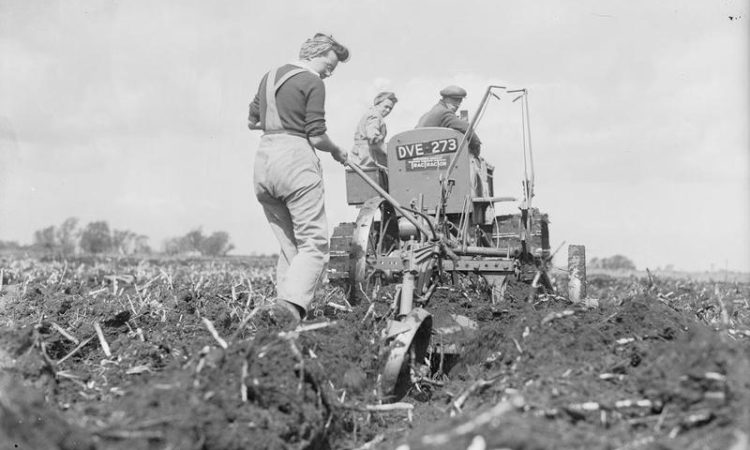 I never met either of my grandfathers but, as far as I can gather, the Martin and Wallace men continued to work the land throughout the war.

At school, this wasn’t exactly the glory tale to rival those of my pals during history lessons.

It was only in recent years that I started to read about the incredible work of farmers and land girls in gearing up national food production at yet another time when Britain was greatly reliant on imports.

Their shovelling and ploughing have been largely forgotten among the heroic tales of the trenches and the brutality of the front line but, in my eyes, their contribution is no less significant.

Despite the extra drive on domestic production, food supplies were still stretched, with the country at that time just 40% self-sufficient. The U-boat blockade was also taking its toll disrupting imports, and in 1917, the Government introduced a voluntary code of rationing.

By January 1918, sugar had to be formally rationed and by the end of April meat, butter, cheese and margarine were also given designated allowances.

The need for food is so great during times of war, that later, during the Second World War, Northern Ireland even ploughed up the lawns at Stormont (see below) as part of the commitment of an extra one million acres of ground to the cause of feeding the nation.

They were no less inventive in the First World War; many hundreds of acres of land were reclaimed and Camomile was planted and harvested at the request of the Ministry of Home Security to be used as a quick-growing, wiry camouflage for new airfields.

100 years ago on this day marked one of the most significant events in a generation; the end of the ‘Great War’ – believed then to be the war to end all wars.

I can’t help but consider, how, just as we remember the brave men and women from 1914-18, how we are looking into the eye of another period of national magnitude, currently just four short months away from what is sure to become another of Britain’s most pivotal dates – for better or for worse.

Unlike the war, Brexit, of course, was voted for. But it’s not difficult to sense the same feeling of changing times, uncertainty, and perhaps even fear, seeping into the psyche of the nation.

The technological advances that were made back in 1914 were also staggering – men would have literally left farms powered solely by men and horses and come back to the very first fringes of the dawn of the tractor era and women in work.

In 1914, a ploughman could turn up one acre a day using a two-horse single furrow plough or twice that on a three-horse double furrow plough. Today, the same one acre can be done in less than 20 minutes.

This may have been made even more challenging given that much of the agricultural workforce and farm horses were enlisted.

As a result, the UK Government invested $3.2 million in US machinery and placed an order for 400 British Saunderson tractors.

Today, there’s talk of all kinds of mod cons like drones, robotics and driverless tractors which we’re told will soon become commonplace.

I find it almost comical to imagine my father checking the heifers or measuring grass growth with any kind of remote-controlled device whizzing around in front of him…but I can’t help but wonder if 100 years ago tractors would have been viewed with similar scepticism.

In 1914, British agriculture was reeling from labour shortages – then it was the men going to war. But today, it is our industrious European farmhands we risk losing.

Official figures show that there are as many as 18,000 non-seasonal farmworkers from outside the UK and Ireland working on British farms.

On top of that, there are thought to be a further 64,000 to 75,000 seasonal farmworkers who travel to work on UK farms each year.

Given the advancements we have already made in the last 100 years, it is difficult to imagine how any similar increase in productivity could be possible without the likes of GM or some not-yet-invented innovation.

However, as the saying goes, ‘necessity is the mother of invention’, and it certainly does feel like we are on the cusp of major change whether we like it or not.

In these uncertain times, it is reassuring to see the strength and drive from our farming forefathers 100 years ago. 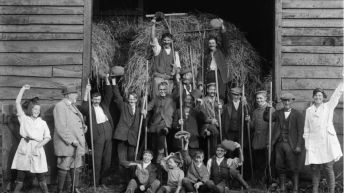 World War I: Tributes to those who farmed to feed the country