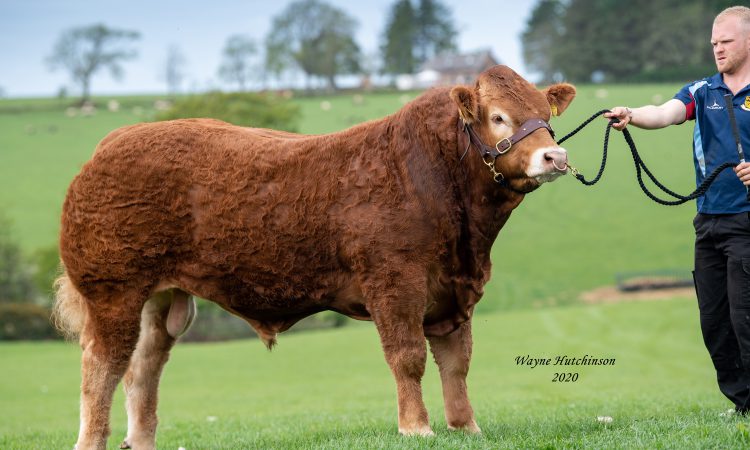 The 15-month bull was out of the dam Glenrock Jewel who had stood Reserve Female Champion at the 2015 Royal Highland, and is a maternal sister to the 125,000gns Glenrock Illusion.

In November 2019, Prometheus won the Junior Limousin Championship at the Stars of the Future show.

He was bought by HG Perkins & Sons, from Radstock, Bath, as the latest in a recent run of purchases to establish their Hartmoor prefix.

At £6,100 was Tomschoice Oriflamme from James and Sarah Cooper of Dacre, North Yorkshire. The December 2018 son of Mereside Leo and out of the Kaprico Eravelle daughter Tomschoice Lachic, will head across the water to Messrs Gill from Monaghan, Ireland.

October 2018 born Dinmore Ourson sold at £6,000 Messrs Barker & Son, Much Wenlock, Shropshire. The bull was bred by Paul Dawes from Hereford, sired by Ampertaine Elgin and out of Dinmore Caprice.

Tom Illingworth rounded off a good day by taking both leading prices in the female section. At £3,300, was the 2015-born cow Eagleside Lolita, by Greensons Howlett and out of Towler Cindy (by Cloughhead Umpire).