A farming family in the midlands had a pleasant post-Christmas novelty last month with the arrival of six hale and "hardy" sextuplet lambs a few days ahead of the new year.

Taking to social media, J Grennan and Sons paid tribute to the farmer, his prolific ewe and her million-to-one offspring, stating:

"We are delighted for Mervyn Hardy, a long-term employee of J Grennan and Sons, whose ewe had sextuplets on Saturday, December 28.

"All six lambs are healthy and 'hardy' themselves," the feed merchant quipped.

The midlands-based company noted that the ewe "appears to have enough milk to rear three of the six lambs while the other three will be reared on milk replacer. 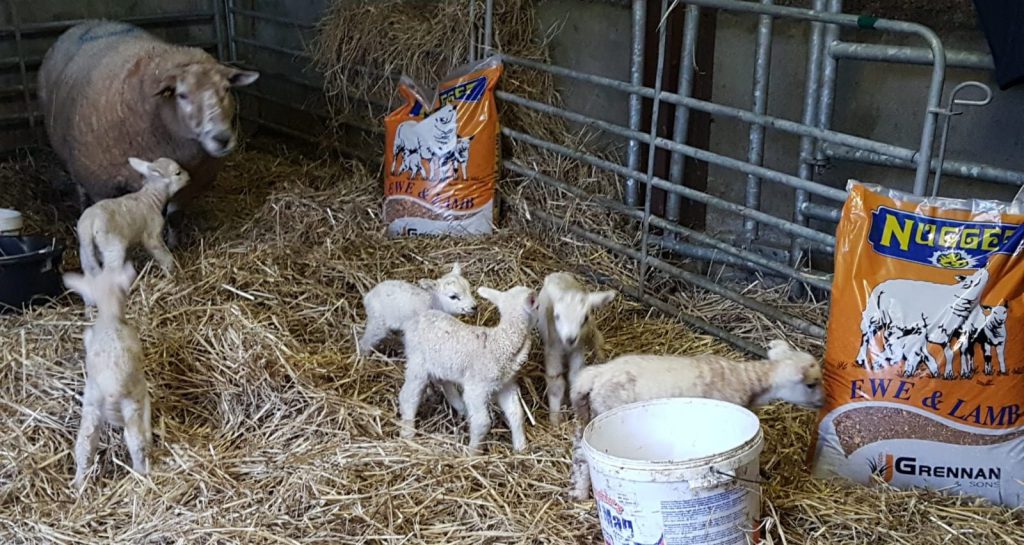 "All six lambs will have access to Nugget Lamb Crunch Follower from next week on," the feed firm added.

A similar occasion took place at the beginning of 2019 also, when a farm family in Co. Mayo got a surprise back in January when their ewe gave birth to five hale and hearty lambs.

They were born last Sunday; she started lambing at 2:30pm in the afternoon and she had her fifth lamb at 6:30pm.

All five lambs are thriving, according to Martina, with each a good size.

A ewe having quintuplets is often mooted as one-in-a-million.

The prolific ewe herself was a Christmas present for the daughter of Martina and her husband Michael, who bought the sheep.