24,228t of SMP offered to intervention in three weeks after ceiling increases 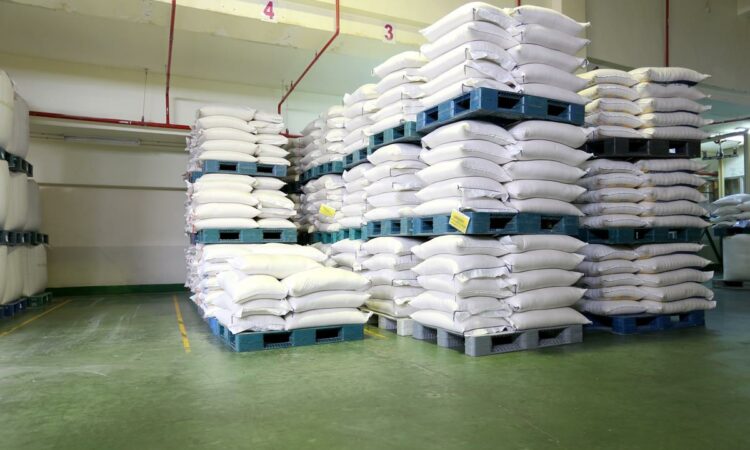 Some 24,228t of skimmed milk powder (SMP) has been offered to the public intervention system in the three weeks after the ceiling of the measure increased to 350,000t, figures from the Milk Market Observatory (MMO) show.

For the week ending July 24, some 6,250t of SMP was offered to the measure by Member States. Of this figure, Ireland contributed 430t.

In total, some 29,159t of SMP has been deposited by Ireland to intervention this year.

France continues to be the Member State to offer the most product to the measure, with 1,988t of SMP offered last week. To date this year, France has 48,030t in the measure.

Some 242,228t of SMP has been offered to the measure to date by Member States.

In June, the levels of SMP in the measure breached the EU’s ceiling of 218,000t and then product was sold into the measure via a tendering process, before new rules on the intervention ceiling came into effect.

SMP offered into intervention in the last round of tendering was accepted at the fixed intervention price of €1,698/t.

Just over 15,000t was bought in for the period ending June 21, which is less than half the volume of the previous tender.

This move followed a strong take-up of SMP into the measure in response to the current market crisis, and follows on from the exceptional measures announced by the European Commission at the March Agriculture Council.

By the June 23, SMP offers reached 337,000t, the equivalent of 2.6m tonnes of milk, according to the European Commission.

With a limited decrease in domestic use (below 1%), the Commission has said that this would bring SMP ending stocks to 550,000t, of which 430,000t into intervention.

A full use of the 350,000t ceiling of SMP bought-in at fixed price would mean ending the year with at least 470,000t of public stocks.

With the seasonal decrease in milk production, offers to public intervention are expected to slow down, even though further shifts between private and public stocks could take place, according to the Commission.

In 2017, in view of the accumulated stocks, without any anticipated sales of public stocks and with exports performing well (+15%), SMP production would need to drop by 8% to keep the market balance. The Commission has said that this looks feasible under the current outlook.