70,000 pigs backing up on UK farms amid worker shortage 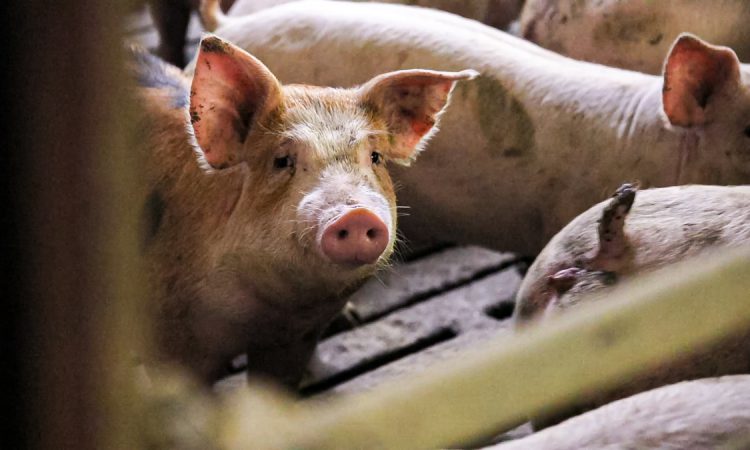 Healthy pigs will end up being destroyed and wasted – with an estimated 70,000 pigs backing up on farms – unless the government takes urgent action to alleviate crippling staff shortages, the National Pig Association (NPA) has warned.

Highlighting the significant labour shortages that are hitting the UK’s food chain – and pig sector – the association has sounded the alarm on the need for its government to step in.

NPA chief executive Zoe Davies said that the estimated 70,000 pigs backing up on farms is growing at a rate of 15,000 a week.

“If the government fails to act, we are likely to see a significant contraction of the UK pig sector,” she warned.

The NPA is among the organisations behind a report which called for UK ministers to introduce a 12-month Covid-19 Recovery Visa.

Davies said: “There are currently 70,000 pigs backed up on-farm, rising by 15,000 a week due to pork processors permanently reducing throughput as a result of labour shortages in plants, especially butchers, and there is no end in sight.

“We are desperately seeking support from the government, particularly the Home Office, to facilitate access to these people now.

For the second time in under a year the pig sector is facing some really tough choices, which we really shouldn’t have to be taking as demand for British pork is still strong.

“If government doesn’t take action, perfectly healthy pigs will end up being destroyed and wasted.”

Highlighting that, after almost a year of “losing money”, an exodus of pig keepers is expected, the NPA CEO said:

“We already only supply 40% of the pork eaten here – is it right that we should be importing more from the EU – the ultimate irony of Brexit.”

British Meat Processors Association (BMPA) chief executive Nick Allen said some processors are 25% down on capacity and having to cut down on lines, warning that the country is already facing a shortage of pigs in blankets at Christmas.

He described the situation in the processing sector as a ‘nightmare’ and said the Covid-19 Recovery Visa would help get some extra people into the country.

“The government has got to do something really quickly. We need a quick fix – we understand longer term that we all have to adapt, and either mechanise or get British labour doing these jobs, but in this immediate short-term, on the back of Covid-19, we can’t do it.

“Without the short-term fix, there’ll be long-term damage,” Allen warned.