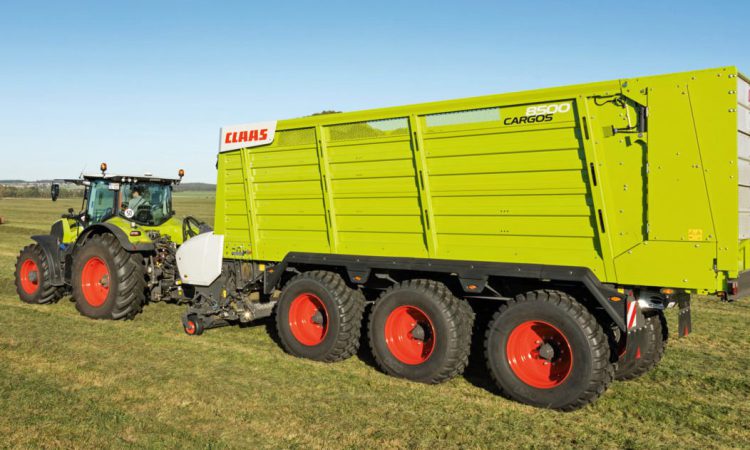 Giving consideration to the care and maintenance of soil structure has long been the preserve of the tillage sector. Increasingly though, the concept is gradually making its way into the thinking of grassland farmers as well.

In response to this ‘awakening’ to the importance of soil in every aspect of farming, Claas is now offering an alternative specification on its mid-range Cargos 8500 forage wagon.

The most obvious change to the machine is the addition of a third axle, which the company refers to as its ‘tridem chassis’. To complement the extra axle, larger tyres can also be fitted.

A Claas spokesperson explained: “The new tridem-chassis version of the Cargos 8500 can be fitted with tyres up to a size of 710/50 R30.5.

The benefit is that the large contact area minimises compaction damage to soils that are moist or less able to withstand a load.

Shifting the focus onto a machine’s ability to operate in wet fields, without causing too much damage to the soil, is to be welcomed.

Reducing the rolling resistance of the machine will also tend to decrease the amount of tractor wheel-slip and, thus, the need to ballast it. 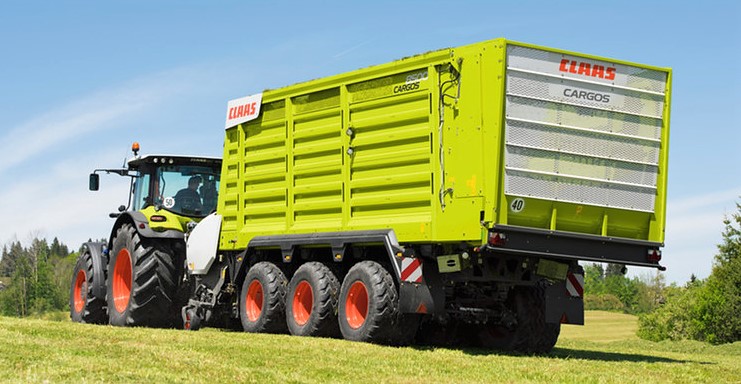 A third approach to minimising injury to both the sward and the soil is through the forced steering of the machine’s axles via an electro-hydraulic mechanism.

Thanks to this system, the wagon can even be crab-steered (in the field). Commenting on this, a Claas spokesperson said: “In this way, the area driven over is increased still further, and the weight is distributed over a wider area.”

In another modification to the wagon, the ‘scraper floor’ has been lowered by 500mm, enabling a steeper stacking of the crop within the body before moving it back.

This, claims Claas, makes more efficient use of the available volume, which stands at 41.5m³ for the Cargos 8500.