Home » Agri-Business » Claas to expand eastwards along the Silk Road

Claas to expand eastwards along the Silk Road 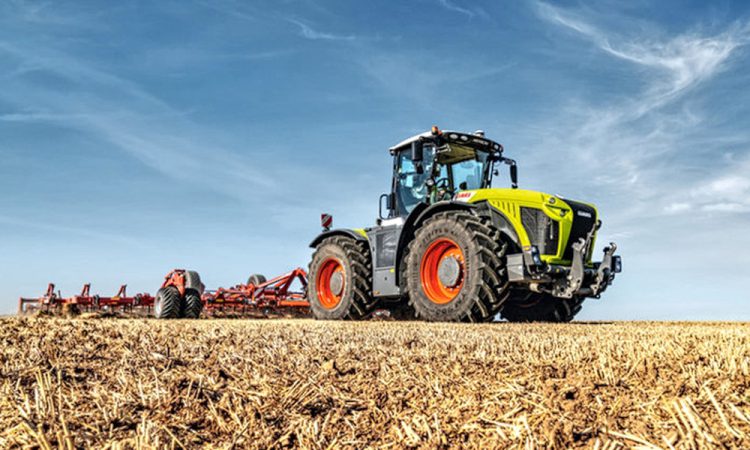 Kazakhstan would not seem the obvious place for Claas to establish a factory, but in an agreement with the government it has agreed to do just that.

According to a statement issued by Kazakh Invest – the state organisation charged with attracting inward investment – the arrangement “addresses the production of Claas combine harvesters of the Tucano 580, 450 and 430 model range, Cerio headers and Claas Xerion 4500 tractors, as well as Horsch sowing complexes”.

The choice of machines selected for production in the plant is an interesting one. The Xerion 4500 is a premium machine which produces 480hp from its six-cylinder Mercedes-Benz engine.

Claas enters at the higher end of the market

This is not the small entry level model normally associated with developing countries or those with limited access to funds.

The same applies to the combine harvesters. Although mid-level models like the Tucano 580 is a modern hybrid machine, comprising a threshing drum and rotary separator.

The smaller 450 and 430 are conventional straw walker types, but they still possess the APS threshing unit which accelerates the crop through the main drum.

On the the hand, the Cerio headers are more budget orientated and lack the ultimate operational capability of the top end Vario range.

There are no details at present as to which Horsch models will be built in the northern city of Petropavlovsk, which is also known more simply as Petropavl.

The statement only refers to “Horsch sowing complexes”, which presumably means its seed drills, rather than cultivation equipment.

Kazakhstan is the largest country in central Asia with a dry, continental climate. Any attraction for a manufacturer of sophisticated farm equipment would appear obscure.

Yet, despite the lack of rain, its total grain harvest this year is estimated to be identical to that of the UK, at around 18 million tonnes.

The government is also keen; it is taking steps to not only encourage agriculture but also the country’s industrial infrastructure.

This is no doubt influenced by the increasing cooperation with China and other Asian countries over the ‘New Silk Road’ and ‘Silk Belt’.

The Yiwu (eastern China) to London line happens to run through both Petropavlovsk and into northern Germany, where Claas is based at Harswinkel.

This latest move by Claas would, on the face of it, be just be the establishment of another satellite plant for a western manufacturer.

Yet, when other factors are taken into account, it could well come to be seen as a far reaching and forward thinking investment in the future as Asia opens up to the west.