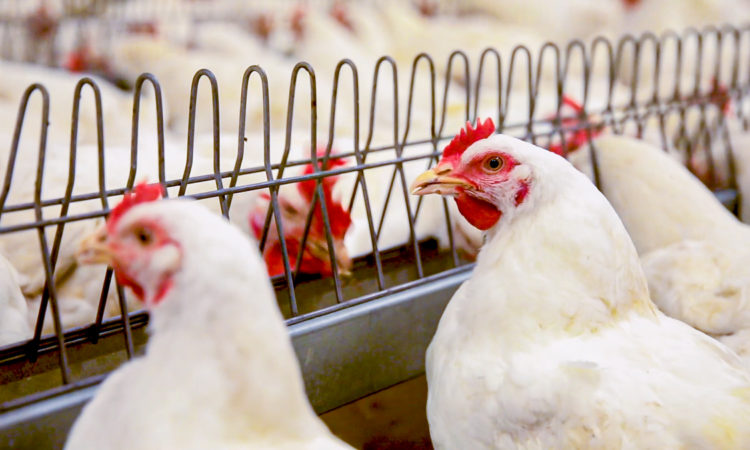 Northern Ireland’s agri-food chain was just days away from crisis, had the government not intervened to reinstate carbon dioxide (CO2) production, supermarket bosses have said.

“We are very pleased that the government has got involved in ensuring that there is CO2 available,” he said.

Everyone is talking about shelf life and range of products available, but from a welfare point of view, it would have been terrible.”

Kennedy explained some of the supermarket’s biggest suppliers could be finishing as many as 450,000 chickens a day.

“They need CO2 for the slaughter of those birds, and without CO2, if you have two days’ delay, you’ve an extra 900,000 birds on farms,” he explained.

Kennedy said M&S was now carrying out trials with suppliers to make contingency plans in case of further disruption.
Advertisement

“It’s very much a three-way process – but we need to ensure that CO2 is available and slaughter continues.

It has been a challenging couple of weeks. We haven’t had to delay slaughter at any plants – we have managed to maintain supply – so it hasn’t affected customers.

“But if it had gone on any longer, we would have had challenges. If the government hadn’t stepped in when they did it would have been a very different conversation.”

What caused the shortage?

On Wednesday (September 15), one of the world’s largest producers of fertilisers, CF Industries Holdings, Inc., announced it would halt operations at its UK facilities due to rising gas prices.

The move by CF Industries has caused a 60% reduction in the UK’s food-grade carbon dioxide supply and led to a shortage of carbon dioxide, which is used to stun pigs and poultry prior to slaughter. In the UK, carbon dioxide is produced by fertiliser manufacturers as a byproduct.