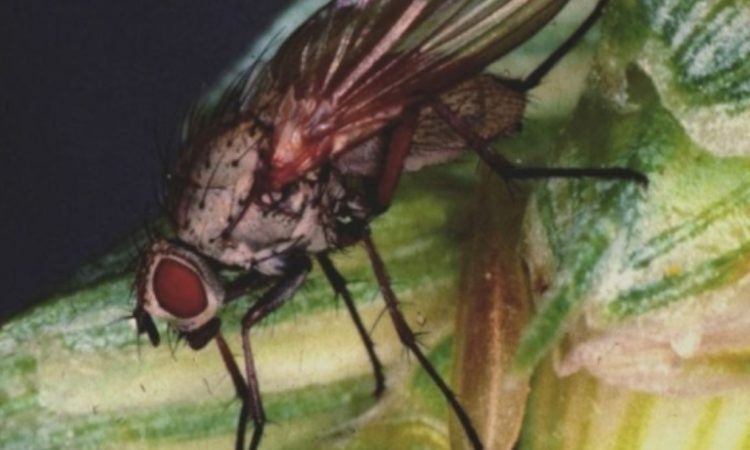 Initial egg count results from an autumn wheat bulb fly (WBF) survey suggest it is likely to be another relatively low-risk year for the pest.

Conducted by ADAS for the Agriculture and Horticulture Development Board (AHDB), the survey involves taking soil samples in September from 30 fields prone to attack.

The data is collected from fields split equally across sites located in the East and North of England and used to calculate the number of wheat bulb fly eggs per square metre.

Egg counts at five of these sites (two in the East and three in the North) exceeded the 100/m² seed treatment threshold, which applies to late-sown (November to December) winter wheat crops.

Early sown crops are unlikely to benefit from seed treatment, as they have more time to tiller and are better able to withstand WBF attack.

Seed treatments also lack persistence to protect such crops. For late-winter and spring-sown crops (January to March), seed treatments should be considered if eggs are present.

Although egg numbers are higher than 2017, the overall picture is of relatively low risk. Only one site had significantly more than 100 eggs/m² – a potato site in Cambridgeshire where 322 eggs/m² were recorded.

AHDB has also published a final report that looked at integrated pest management.

WBF lays eggs in bare ground during the summer with the larvae hatching during winter, entering the plant and killing its shoots.

The potential yield loss depends on the shoot population in winter, the size of pest population and how much damage an individual larva can cause.

The research looked to quantify the relative importance of each one of these factors.

It also studied WBF incidence, egg viability, the maximum shoot number the crop could achieve by late winter and the number of shoots that a single larva could destroy.

Modelling work showed that variation in the maximum shoot number had a large effect on the chance of yield loss, because crops that produced excess shoots were able to sacrifice them to the pest without affecting yield.

The research also improved understanding of the relationship between egg numbers in the soil in the summer and the number of shoots killed in the winter.

Charlotte Rowley, who manages pest research at AHDB, said: “Not all eggs turn into plant-infesting larvae. For example, we now know that at least half of larvae die between egg hatch and plant invasion.

We also know that each larva that gets into a wheat plant typically destroys four shoots. This project has vastly improved our understanding of this pest and the risk it poses to crops.

AHDB is also asking people to guide investment in pest monitoring services over the next five years by completing a short survey.

The survey, which closes on November 30, 2018, can be accessed on the AHDB website.