In the first half of the year, EU beef and veal imports were up 3% on the same period last year at 101,000t, AHDB the organisation for the English beef and sheep industry has said.

It attributes this growth to increased volumes of chilled products, accounting for almost two-thirds of trade and consisting almost entirely of premium cuts.

The import price was up by as much as 16% it said, contributing to the only small volume increase, given the firm global market for beef and the weakness of the euro.

In US Dollar terms, the import price was actually down 6% year-on-year, it said, while Brazil remained the largest supplier by some margin, accounting for a third of all imports – shipments were up 2%.

For the two other largest suppliers, AHDB said there were contrasting trends; shipments from Uruguay were down 7%, while from Argentina they were up 8%.

South America is still the largest supplier to the EU and while its market share is still as much as two-thirds, AHDB said it had been over 90% in the first half of the previous decade.

The US continued to take advantage of the EU autonomous beef quota, with trade up by around 13%, it said.

Of the smaller suppliers, it said imports from Botswana continue to recover with shipments up three-fold in the first half of 2015.

EU beef and veal exports down 1%

There was only a small year-on-year decline in EU exports of chilled and frozen beef in the first half of 2015, according to AHDB.

Exports fell by 1% to 80,000t entirely which it said is as a result of a drop in shipments of frozen product.

Exports of chilled beef and veal actually performed well in the year to date, increasing 12% on the year, while frozen shipments were back 14%, it said.

AHDB said that a continued feature of the EU export trade this year is the degree of market diversification.

Despite overall small export volumes to some markets, it has said that there is no doubt that this strategy has helped to soften the effect of the Russian ban on beef and veal imports.

The largest market is Bosnia and Herzegovina, accounting for 17% of total trade and he next largest market, Norway, accounted for 14% of the EU total, it said.

While shipments to Norway were three-fold higher, this should be seen in the context of a disappointing performance in the first half of 2014, AHDB said.

The EU dominates Norwegian imports, mainly fresh chilled bone-in products, and it said it accounted for almost 80% of its total requirement in the first half of 2015; it is almost entirely supplied by Germany.

AHDB said that the next largest markets for the EU are Switzerland and Hong Kong; to the former trade was back by 8% and to the latter up by 15%.

Collectively these four markets represent almost half of all EU exports while shipments to the US only amounted to 109t, despite increased market access for Ireland, it said. 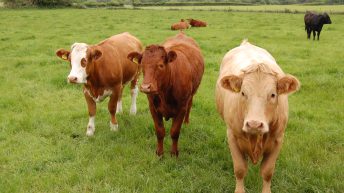