Farm worker airlifted to hospital after explosion on a Cornwall farm 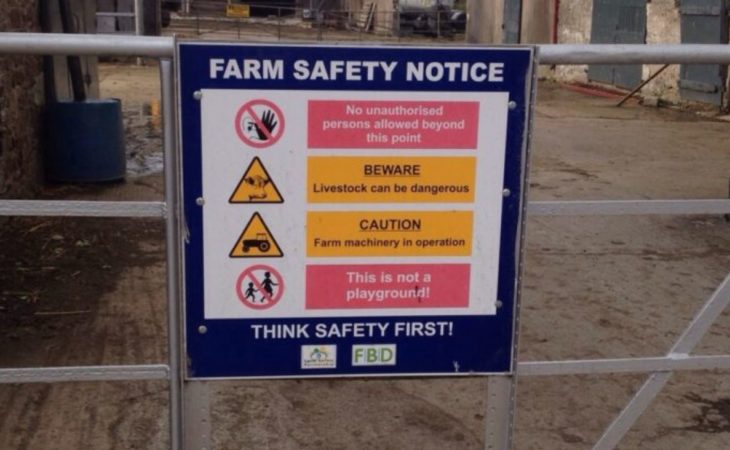 A man has been airlifted to hospital after suffering serious head injuries in an explosion on a farm in Porthcurno in Cornwall.

Emergency services were called to the scene this morning (December 1) after a reported explosion on the premises.

Police and the ambulance service arrived to the incident and the coastguard helicopter was called to transport the victim to hospital.

A spokesman for Devon and Cornwall Police said:

“Police were informed at around 10:30am this morning of an incident at a farm near Porthcurno.

A worker was taken to hospital via air ambulance with serious head injuries after what appears to have been the result of an object combusting.

“Enquiries are being conducted into the circumstances of the incident. The Health and Safety Executive is being informed.”

In other news, a stolen John Deere Gator UTV (Utility Terrain Vehicle) was found by police minutes after it was stolen from a farm in England  – and a suspect was arrested a short time later.

The vehicle was taken from a farm in Yorkshire yesterday, according to North Yorkshire Police.

Also Read: Stolen Gator recovered within minutes of being taken

It will be returned to its rightful owners, and the man remains in custody, where he is also being investigated for a number of other non-residential burglaries, it was added.

“Just after 1:50am this morning [Monday, November 30], North Yorkshire Police received a report that a quad bike had just been stolen from a farm north of Northallerton,” a spokesperson said yesterday.

The caller reported seeing the Gator being driven off at speed down their driveway.

Officers based at Northallerton and Stokesley responded immediately, and at 2:10am they found the quad abandoned just off the A67 at Kirklevington, south of Yarm, with its engine still running.

Knowing that any suspects were likely to be nearby, officers contained the area and began a search, the police force said.

“At 2:30am, they found a man covered in mud, in a bus shelter a few hundred metres away from where the quad was abandoned.”

The man, aged 24 and from Stockton-on-Tees, was arrested on suspicion of burglary, vehicle theft and vehicle interference. He remains in custody at this time.