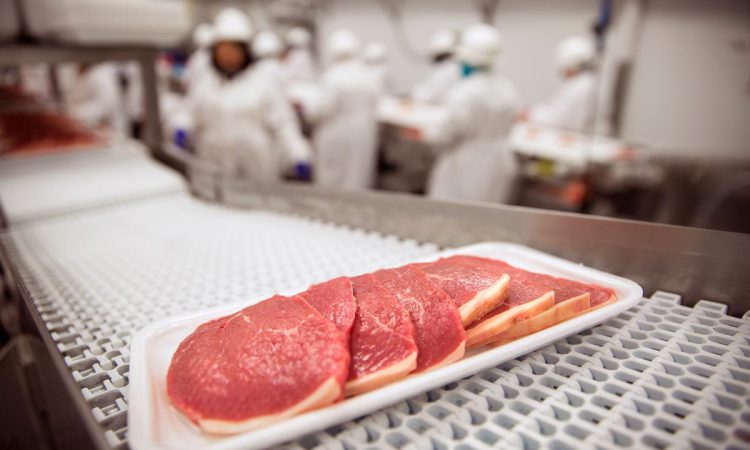 Delayed figures finally released this week have laid bare the shocking extent of non-stun slaughter within the UK.

The Food Standards Agency survey, which provides a comprehensive picture of slaughter methods by species in England and Wales, had been expected for publication by autumn 2018. However, had never been made public.

The British Veterinary Association (BVA) and the RSPCA were among those campaigning for the figures to be released. The groups were also supported by MP Kerry McCarthy who posed a parliamentary question regarding the figures’ release.

A breakthrough was made this week when the Government finally agreed to release the figures.

They reveal that in 2018, more than 94 million cattle, sheep and poultry were slaughtered without being stunned first.

Specifically, the figures show that nearly a quarter (24%) of sheep meat that was not stunned before slaughter, was exported from the UK.

This equates to around 750,000 sheep being slaughtered without prior stunning a year for consumption outside of the domestic market.

It’s contrary to the current derogation in the law which allows for non-stun slaughter for religious purposes is intended for domestic consumption only.

Although most of this meat is intended for EU markets including France, Belgium and the Netherlands, 19% of sheep meat was recorded as destined for ‘unknown’ locations.

This lack of information was put down to abattoirs not filling out ‘non-mandatory questions’ in the survey.

BVA president Simon Doherty said: “The fact that nearly a quarter of non-stun sheep meat is being exported is highly significant, and we believe this goes against the spirit of the derogation that allows for non-stun slaughter purely for consumption by particular communities within the UK.

It’s equally concerning that the export of some non-stun meat is going unreported, with a lack of clarity around where 7% of non-stun sheep meat is ending up due to incomplete slaughterhouse data.

“While we’re pleased that the data has finally been made available thanks to joined-up work between the FSA and English and Welsh governments, clearly there is still a lot of work to do around ensuring that data is as robust and transparent as possible.

“We strongly believe that all non-stun slaughter should be banned in the UK in the interests of reducing welfare harm.

“However, while it continues, the Government must make moves to cease the export of non-stun meat. Allowing this practice is out of keeping with legislation designed to limit it to meet domestic demand only.”

As the law stands, there is no mandatory requirement to label meat which has been slaughtered without stunning, which means consumers are unaware that they are buying meat produced in this way.

Dr. Marc Cooper, head of farm animals at the Royal Society for the Prevention of Cruelty to Animals (RSPCA) SPCA said: “The RSPCA is against any slaughter of farm animals without stunning as the scientific evidence, and the view from the UK Government’s own advisors, concludes this practice can cause unnecessary suffering.

“What is particularly disturbing is that 90,000 of the 2.9 million non-stunned animals slaughtered for kosher certified meat were rejected as being ‘unfit for religious consumption’.

“We are concerned that this meat could be entering the conventional market unlabelled.”

The FSA report states that it is unclear whether or not hindquarters from animals killed for kosher certified meat are generally sent on for wider consumption.

So meat from tens of thousands of rejected animals and the unused hindquarters of accepted animals are being killed using non-stun methods with the meat likely to be packaged unlabelled and sold to the unsuspecting public as conventional meat.

The figures also revealed that the proportion of animals that had been stunned prior to slaughter for halal meat last year had dropped significantly from previous years.

Another concern in the report is an insight into how the trade of non-stunned sheep meat may potentially break the law as it is revealed 750,000 of the animals slaughtered in this way were being sent abroad.

Dr. Cooper added: “Finally, we have further concerns over the proportion of sheep slaughtered in the UK last year that were not stunned and the meat from over 750,000 of those sheep being sent abroad.

“EU and UK slaughter regulations allow a derogation for non-stun slaughter, providing that the meat from the animals is only used to meet the requirements of the UK’s religious communities.

The new Government figures suggest that non-stun slaughter is being carried out far more often than is required and is being exported and used outside of the local community so breaching the intent if not the letter of the law.

“This report highlights the serious welfare, trade and consumer concerns around the practice of non-stun slaughter in this country.

“The RSPCA has been calling for an end to non-stun slaughter for many years, as it seriously compromises animal welfare. Our concern does not relate to the expression of religious belief but the welfare of animals.” 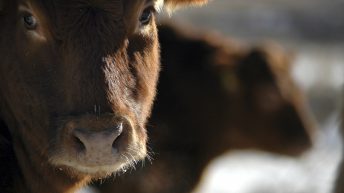