The Group also announced plans to sell 60% of its Dairy Ireland division to Glanbia Co-op.

The Board is recommending a final dividend of 7.94c/share, bringing the total dividend for the  year to 13.31c/share, representing an increase of 10% and returning almost €40m to shareholders.

“It has been an exciting start to 2017 with a number of key strategic initiatives progressing which will shape the future direction of the Group.”

Today Glanbia is announcing that it has signed a non-binding memorandum of understanding for the sale of 60% of the Dairy Ireland segment to Glanbia Co-operative Society Limited.

“Also as recently announced Glanbia Performance Nutrition has made two acquisitions within the plant based nutrition category and direct to consumer channel further expanding our channel and consumer reach.

“In addition Glanbia is also in advanced discussions to form a new Joint Venture (JV) in the US to build a large scale cheese and whey facility.

“All of these initiatives demonstrate a desire to play to our strategic strengths and are aligned to our vision to be one of the world’s top performing nutrition companies.”

Glanbia Co-op has today announced that it has signed a non-binding agreement with Glanbia plc to establish a new joint venture to be known as Glanbia Ireland.

As part of the agreement, Glanbia Co-op proposes to pay €112m to acquire a 60% shareholding in the plc’s Dairy Ireland division, which consists of Glanbia Consumer Products and Glanbia Agribusiness.

This builds on the successful Glanbia Ingredients Ireland (GII) joint venture established in 2012, according to the co-op.

Glanbia Co-op has also announced proposals to distribute by way of “spin-out” 5.9m shares in Glanbia plc to all members of the co-op and to create a €40m Member Support Fund.

Any payments made from the Fund will be in the proportion of 75% patronage to active members and 25% Special Dividend to all Members, with the nature and timing of any payments at the discretion of the Glanbia Co-op Board.

The Chairman of Glanbia Co-op Henry Corbally said the proposed creation of Glanbia Ireland is an exciting development for Glanbia farmers.

“It brings the strong portfolio of Glanbia’s Irish dairy and agribusiness assets into majority co-op ownership while building on the strong partnership with Glanbia plc.”

If our Members approve these proposals, we will have two very strong value creating engines for our Members, Glanbia Ireland and Glanbia plc.

“We will be the majority shareholder in a vibrant, ambitious Glanbia Ireland while also remaining the largest shareholder in Glanbia plc, with a 31.5% shareholding.”

Corbally said Glanbia members have expressed the ambition to expand their milk supply by 30% between now and 2020; the strong cash flow generation of the enlarged Glanbia Ireland business will allow it to fund the required processing capacity expansion without the requirement for supplier contributions in the next growth phase.

“Members value a strong co-op with commercially strong investments and the financial capacity to support its Members in challenging periods.”

The Glanbia Ireland joint venture will be an enterprise of scale, with a 2.4 billion litre milk pool, revenue of €1.5 billion, 11 processing plants and over 1,800 employees, according to the co-op.

It will be a growing, ambitious, integrated business with a diversified portfolio of dairy ingredients, consumer brands and agri-inputs.

These proposals are subject to the successful conclusion of contract negotiations and the relevant shareholder approvals within both Glanbia Co-op and Glanbia plc.

The co-op Board will seek the approval of eligible members present by a simple majority for the proposal to create Glanbia Ireland.

If the necessary approvals for the creation of Glanbia Ireland are secured, the transaction is expected to be completed by June 30. 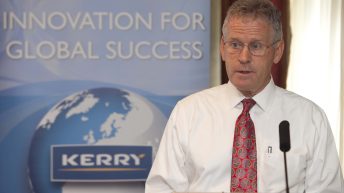 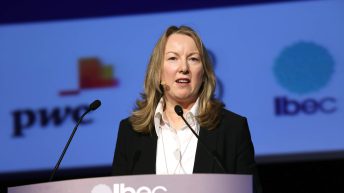 Glanbia acquires two sports nutrition companies in the US and Netherlands