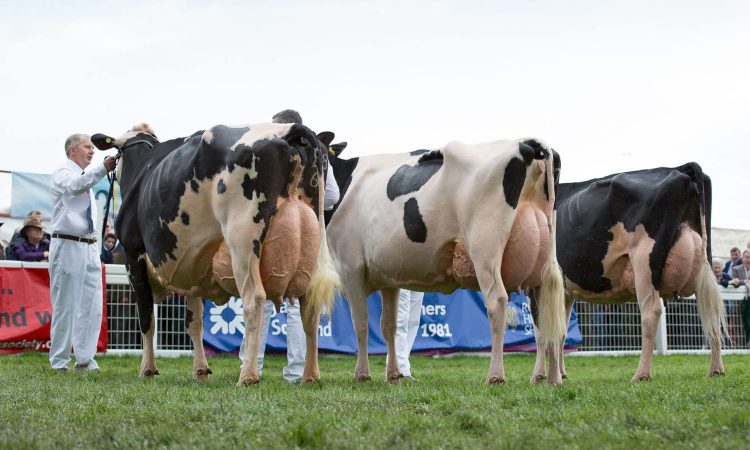 Seven young aspiring dairy breeders have been selected to represent the UK at the European Young Breeders School (EYBS) in Battice, Belgium.

EYBS attracts over 150 young members between the ages of 13 and 25 from around 25 different countries.

Each Holstein Young Breeders (HYB) club nominates two members who have shown commitment to the organisation and the dairy industry. All nominees are then reviewed by a panel of Holstein UK Trustees who select the team.

The aim of EYBS is to coordinate young farmers on a European scale, who are keen to learn and increase their knowledge of cattle breeding and showing.

The event, which year runs from August 28 until September 1, has now established itself as the international reference for the training of young breeders who are passionate about Holstein cattle.

Whilst at EYBS, the young breeders will participate in three days of training where they learn how to finesse the steps of animal preparation for shows (washing, bedding, feeding, clipping, judging, showmanship). The programme also includes theoretical courses such as marketing.

Following the training, two days are spent competing, putting into practice their stock-judging and showmanship skills.

Throughout the five days, the emphasis is placed on team spirit and the participation of each member is evaluated throughout each stage of animal husbandry and preparation.

This year’s Holstein UK team will be made up of:

Harriet has been a HYB member since the age of five. She has worked for breeders at shows, competed at ABAB and helps on the family farm Newdawn Holsteins. Harriet has recently finished Agricultural college before going to uni in September.

Land agent Cari has been an HYB member for three years and helps on her boyfriend’s family farm at Racewood Holsteins.

Cari and her partner Steven won Champion, Reserve and Honourable mention at their calf show qualifier.

James is currently on a placement year from Reaseheath College where he is studying Agricultural Engineering.

He has been an HYB member for four years and is actively involved with the family farm and has shown calves at Staffordshire County Show.

She is focussing on developing the genetics of the herd and supporting the management of the farm.

A member of HYB since the age of five, Desmond has just completed his A-Levels and hopes to complete a degree in Agricultural Technology. He works on the family farm under the Derrymore prefix.

George is currently studying Agriculture at Harper Adams University and has a future aspiration of expanding the family’s Wolston Holstein and Kimcote Guernsey herds. He has been a HYB member for over 10 years and his ultimate aim is to have showing success and genetic improvement within the herd.

Holly has been an HYB member since the age of 11 and milks 280 cows for Onco Holsteins. With her husband, they have invested in embryos from Canada and America to develop their own prefix Holben Holsteins, rearing and marketing calves.

After participating in the EYBS, many go on to compete on an international stage and work for renowned farms.

Cerys Petrie, events and national HYB coordinator for Holstein UK, said: “It is fantastic to be presenting a team of seven HYB members to fly the flag for British Agriculture.

EYBS is a fantastic event for each member to develop their skills and learning, and to compete and network with their European counterparts.

“We wish them every luck and success and look forward to following the results online as the event takes place in August.”