Home » Arable » Is effective control of take-all within our grasp?

Is effective control of take-all within our grasp? 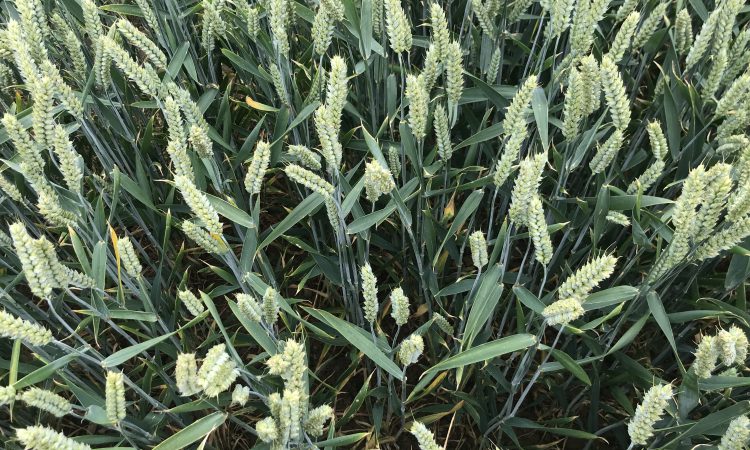 Take-all is the most damaging root disease of wheat worldwide, with losses estimated at between 5-20% annually in the UK and Ireland.

However, a newly published review summarises advances in Take-all research and offers farmers a small glimmer of hope.

According to lead author and head of take-all research, scientist at Rothamsted Research, Dr. Javier Palma-Guerrero, considerable progress has been made in our understanding of this disease in recent years.

Not least, this is because additional phases of the annual disease cycle have been formally recognised and investigated, by combining crop genetics and soil microbiome analysis.

“New sources of genetic resistance have been identified and these are being investigated and transferred into wheat.

“That said, there are still many unknowns, especially at the molecular and community population levels.

“As no resistant or even partially resistant commercial wheat cultivars to take-all are available, and chemical control is still limited, control measures are largely restricted to crop rotation. And new control strategies are urgently needed,” Dr. Palma-Guerrero added.

“In addition, climate change is expected to make matters worse, as areas where autumns and winters will become milder and wetter will favour fungal diseases of plants.”

First the good news: The ancestral wheat Triticum monococcum has been identified as a potential gold mine of resistance genes to take-all.

Second, the bad news: These genes have yet to be identified, and the genetic and mechanistic basis of this species’ resistance is not known.

A few other wheat relatives are also showing promise for their resistance to take-all, as are mechanisms of resistance found in other cereals such as oats and rye. All of these avenues of approach are currently being investigated.

“We also know that the bacteria present in the soil have an effect on the disease, either enabling or hindering the fungus,” said Dr. Palma-Guerrero.

“In fact, work at Rothamsted has shown that a greater overall number of Pseudomonas bacteria in the soil is correlated with higher disease pressure.

“For unknown reasons, when the soil is lean in Pseudomonas bacteria, the take-all fungus does not do so well.”

Another promising area for research is the transcriptome – the array of messenger molecules that turn DNA instructions into proteins.

The fungus and wheat transcriptome have both been characterised during the infection process, providing new gene targets for future antifungal development or for improving host resistance.

The available transcriptome data will also allow comparisons with similar disease systems, so as to compare the plant responses between different organs, e.g. between roots and leaves, and between biological and climate driven stresses.

In addition, by silencing certain fungal genes, researchers have now been able to ascertain the function of specific genes within the fungus, and how important they are in the infection process.

According to Dr. Palma-Guerrero, such studies have previously proven difficult, but advances in genetic techniques have opened the door to these new approaches.

“The developments in genome sequencing techniques and comparative genomics, now make it possible to construct a ‘pangenome’ for this species, which will contain information from all the different global strains, and which genes are found in all strains and which are not.”