The proposed EU-Canada trade deal or CETA has been dealt a major blow following a meeting of  the Canadian Trade Minister, Chrystia Freeland, and the Belgian Regional Parliament earlier today.

Reports suggest that the Canadian Minister left the meeting in tears and claimed that the European Union was not capable of coming to an agreement on the trade deal.

Speaking to reporters outside buildings of the Walloon Government, Freeland said that Canada is disappointed with the outcome of the talks.

For the Comprehensive Economic and Trade Agreement (CETA) agreement to come into effect it required the backing of all EU Member States.

However, regional Governments in Belgium have failed to give their backing to the deal, essentially putting the agreement on hold until the necessary support is achieved.

The trade agreement, which was expected to be signed next week, will only come into effect with the European Parliaments agreement.

Following the breakdown of talks, the EU Trade Commissioner Cecilia Malmström said she sincerely believes that this is not the end of the process.

Airing her views of twitter, Malmström said the Commission has engaged wholeheartedly with Wallonia in recent days and she was truly saddened that talks had broken down.

However, she said there is still hope to find a solution in order to sign the CETA agreement.

Under the trade agreement, the total duty-free access the EU will grant to Canada for fresh and frozen beef is 50,000t, which can be broken down in to 15,000t of frozen beef, 30,838t of fresh/chilled beef and 4,162t of fresh beef.

Canada will also be granted a duty-free access for 75,000t of pork, which will be added to the existing WTO quota of 4,625t and consolidated into CETA to simplify the administration of this quota.

Under the trade agreement, EU beef and sheepmeat market access into Canada will be fully liberalised at zero in-quota rates.

Along with meat shipments, Canada will also have duty free access into the EU dairy market, while the EU will have a high value cheese quota of 16,800t and an industrial cheese quota of 1,700t. 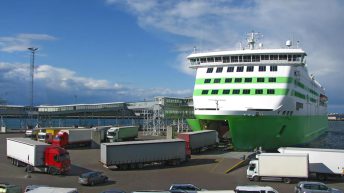