Movies farmers are guaranteed to watch this Christmas 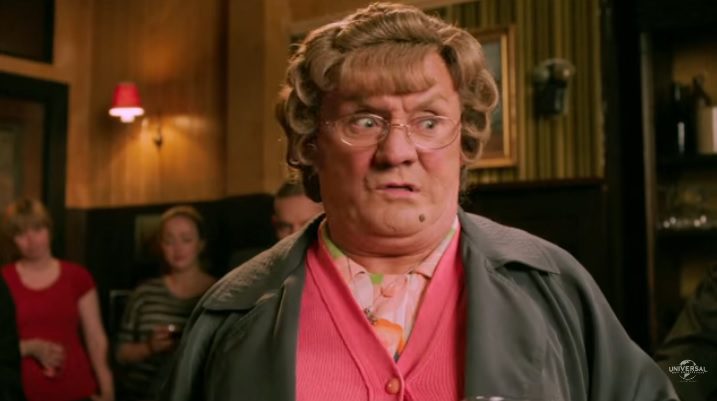 Around the festive season there is sure to be a wide array of movies choices on offer, with a mixture of old and new releases to keep us all entertained.

Christmas is generally a time when the entire family can sit down and watch their favourite movies together, whether they’re on TV or on DVD.

With the selection of movies on offer this Christmas, we took a look at which movies farmers are guaranteed to watch this year.

The Flag is a movie starring comedian Pat Shortt and will make its TV premiere on RTE One on Christmas Day.

The movie follows an unlucky Irishman living in London (Shortt) who sets out on a mission to prove his grandfather was the one to raise the Irish flag over the GPO during the Easter Rising in 1916.

Released in cinemas in October, this movie is brought to you from the makers of another Irish favourite Man About Dog which is also worth a watch.

A 1952 classic, The Quiet Man, represents a time when technicolour came to Ireland. Even if it isn’t on TV this Christmas, farmers around the country will make a effort to watch it.

This romantic-comedy features stars such as John Wayne and Maureen O’Hara, and was awarded the Academy Award for Best Director for John Ford and for Best Cinematography.

Over 60 years since it was first released, this movie would still maintain a huge interest among farmers right across Ireland.

Keeping with the classic trend, The Field remains a popular movie to watch over the Christmas among farmers.

Released 26 years ago, Irish people have a great love for this movie, which highlights some peoples obsession with land.

The Field also made the English syllabus in secondary school, with most farmers able to quote even a few lines from the iconic film.

“God made the world and seaweed made that field.”

Into the West is a film loved by all ages, and was awarded a number of awards worldwide at the time of its release in 1992.

This movie follows the journey of two young brothers and their horse, Tir na nOg, as they travel west from their homes in Dublin as the guards and their father chase them across the country.

A family favourite, Into the West would still hold the interest of viewers today.

The Commitments or The Snapper

The story lines for both of these movies were created by Roddy Doyle remain as popular today as they did back in the early nineties.

Both of these films provide some very witty Irish one liners and are sure to have viewers in stitches.

On Stephen’s Day, Irish movie star Brendan Gleeson will be on the small screen in the film Calvary.

This Irish drama film follows a priest as he tries to deal with sinister and troubling circumstances brought about by a mysterious member of his parish.

Also starring Chris O’Dowd and Aidan Gillen, this film was written and directed by the same man who created The Guard, which also stars Brendan Gleeson.

Irish comedian Brendan O’Carroll has built up a huge fan base with his character Mrs Brown since the first series aired in 2011.

The movie, which topped box offices in Ireland and UK on its opening weekend in cinemas, will be aired on Friday, December 30, this year on RTE One.

This movie is sure to give you a laugh after the last of the Christmas turkey and ham is finally polished off.

Father Ted is ingrained in Irish culture, with the majority of Irish people having seen each episode at least once.

With only three series being created, due to the untimely death of star Dermot Morgan in 1998, it is incredible that the series remains so popular over two decades after it was first broadcast.

Every Christmas, box sets of the Father Ted series are sure to be snapped up as presents. What better way to spend the holidays than binge watching classic Irish comedy.

A film for the younger audiences, Babe was first released in 1995 and was so popular that a sequel was released.

This farmyard based movie follows a little pig in his efforts to become a champion sheepdog.

A feel good film sure to keep the little farmer in your life entertained.