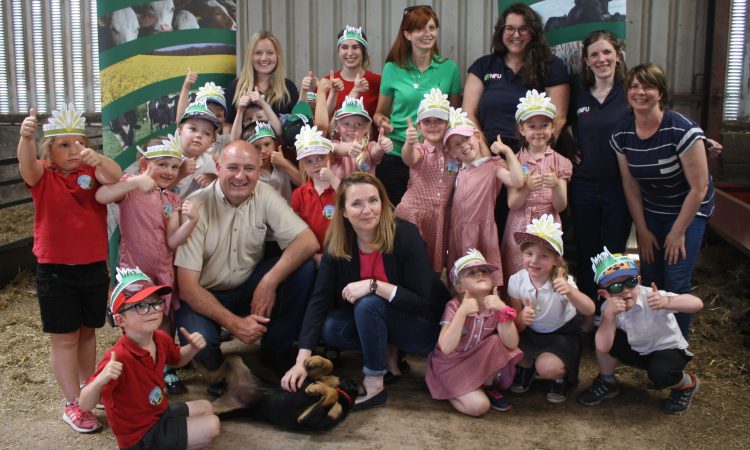 President, John Davies was joined on-farm by pupils from Ysgol-Y-Bannau, Brecon and Kirsty Williams AM, Cabinet Secretary for Education, to celebrate the launch of the bilingual teaching packs.

The resources, which bring science lessons to life through farming, include lesson plans for Foundation Phase pupils.

Lessons look at life cycles and habitats, the gestation periods of livestock, as well as the wildlife living in hedgerows.

At the launch, the primary school pupils, who are aged five and six, took part in activities based on the new packs.

These included testing their senses with ‘what’s in the box’ tasks, listening out for farmyard and nature sounds, and seeing what smells they could identify.

The next generation of consumers

John Davies, NFU Cymru president said: “Educating the next generation of consumers is an extremely important task, and these new Science Farm/Fferm Wyddoniaeth resources are about making learning fun, while teaching the younger generation about how food and the environment go hand in hand.

The next generation of consumers need information to be able to make informed choices when in the supermarket. It is therefore vital that we educate children while they are young enough to make their own decisions.

“While educating, we are also able to teach children about farming, and there is the potential for stimulating an interest in a career in the industry, and therefore creating the next generation.

“I’d like to thank the Blwyddyn un pupils from Ysgol-Y-Bannau for coming to Pentre for the launch and I do hope they’ve enjoyed. I’d also like to thank Kirsty Williams AM for attending.

“I know living locally, she is fully aware of the vital link that there needs to be between farming and education.”

Education Secretary, Kirsty Williams said: “These packs are an excellent idea. The sooner we can get our pupils interested in agriculture, food and the environment the better. This means that they grow up as more informed consumers, with a greater appreciation of how food gets from the farm to the supermarket.” 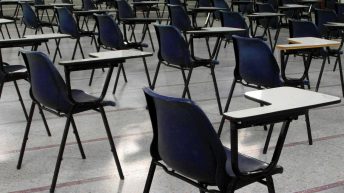