You might think you're seeing things if you came across a dozen 6ft sheep...but not in rural Scotland, where, if there's a QMS banner beside the flock, chances are you're looking at one of this year's many 'bale art' competition entries.

With a total of 54 entries spread across the country, it's likely there's one not too far away. And with themes ranging from Halloween to Humpty Dumpty sat on his wall to two very famous mice - and just about everything in between - it's worth keeping an eye out. 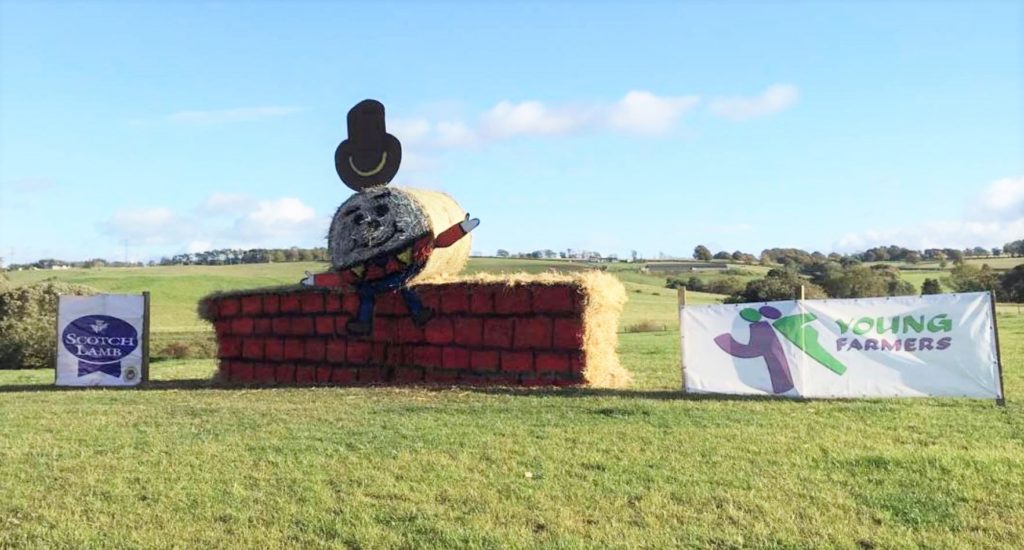 It would take a tractor and loader to get any of these artworks into any museum but just because they aren't dainty doesn't mean they lack finesse.

Six of this year's best straw bale works of art, created by Scottish young farmers, have been deemed “outstanding in their field” and named as finalists in an annual bale art competition.

The national competition is run by the Scottish Association of Young Farmers' Clubs (SAYFC) and supported by Quality Meat Scotland (QMS).

The finalist clubs are:

This year, SAYFC members were challenged to include the Scotch Lamb PGI brand in the bale art competition, the timing of which coincides with a major campaign launched by QMS to raise awareness of Scotch Lamb.

The finalists will now go head to head and TV presenter Lorraine Kelly, who is a trustee of the STV Children’s Appeal, will judge which artwork deserves to take the overall title.

“The energy and enthusiasm which the young farmers have put into their entries this year shine through.

"We hope it will raise a smile to thousands of people as they enjoy the colourful works of art in fields around the country. Our best wishes to all the finalists.”

Kinross-based farmer David Lawrie, SAYFC chairman, said: “It has been amazing to see so many clubs taking part and so many creative and ambitious designs - congratulations to the six finalists.

“We are delighted to also support the work of the STV Children’s Appeal and those who enjoy the bale art over the coming weeks are being urged to make a donation by way of appreciation via the JustGiving page.”

The challenge comes amid QMS’s 10-week campaign to get the country enjoying more Scotch Lamb which, following £200,000 of funding from the Scottish Government, includes TV advertising alongside radio, print and billboard.

The bale artwork is in aid of the STV Children’s Appeal, with those enjoying the eye-catching creations encouraged to make a donation that will help support children and young people affected by poverty in Scotland.