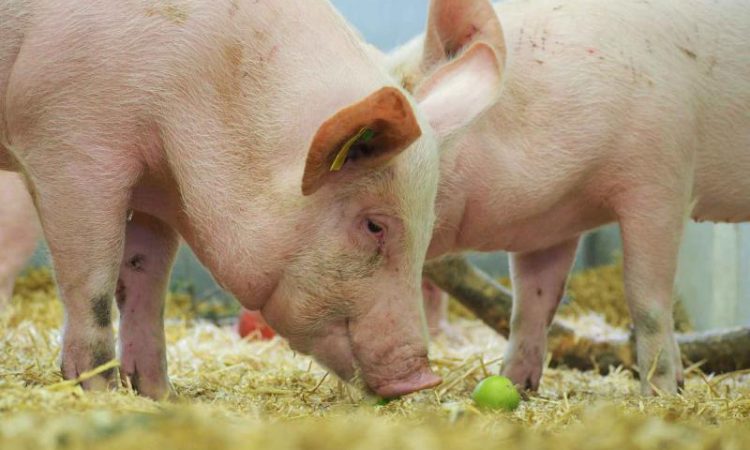 Studies undertaken at the Pirbright Institute have shown that pigs can be used to assess whether influenza antibody therapies are effective.

It’s thought trials on pigs could provide a better indication of a vaccine’s success in humans than small animal trials – such as with ferrets and mice.

The study, carried out in collaboration with Inovio Pharmaceuticals, also found pigs to be suitable subjects for tests to evaluate the various delivery systems for the vaccines to see which can provide longer-lasting protection.

Having been successfully utilised for Ebola virus and respiratory syncytial virus, the use of antibodies to provide protection and reduce symptoms of influenza is an area of great interest.

Although several influenza antibodies have progressed to clinical trials based on their success in small animals, the outcome has been disappointing as no antibodies have shown a therapeutic effect in humans.

A previous study by Pirbright showed that pigs are good models for influenza vaccine studies as they are naturally infected by the same subtypes of influenza viruses as humans, have similar immune systems and are more comparable in size and physiology than smaller animals.

The team’s new research, which was published in the Journal of Immunology, established that a human antibody (2-12C) can neutralise the H1N1 2009 flu pandemic virus in pigs, thereby providing protection. Both the amount of virus and signs of infection in the lungs were reduced in pigs that received treatment.

The team also assessed a new antibody delivery method that works by administering the antibody genes to pigs.

Once inside pig cells, the genes continuously generate antibodies, providing longer-term protection than a single direct inoculation of antibodies.

The results showed that this gene delivery method for 2-12C was able to protect pigs from signs of the disease typically caused by H1N1.

The success of this antibody and delivery platform in the pig model indicates that these treatments could potentially also work in humans.

Dr. Elma Tchilian, head of the Mucosal Immunology Group at Pirbright, said: “We are very excited that the pig model is becoming useful for testing and refining antibody treatments for life-threatening influenza infections and could be equally useful for other infectious diseases.” 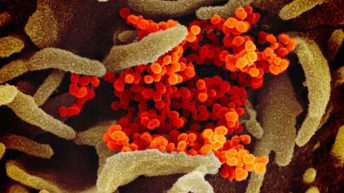