Swann calls for farmers to be allowed to spread slurry early 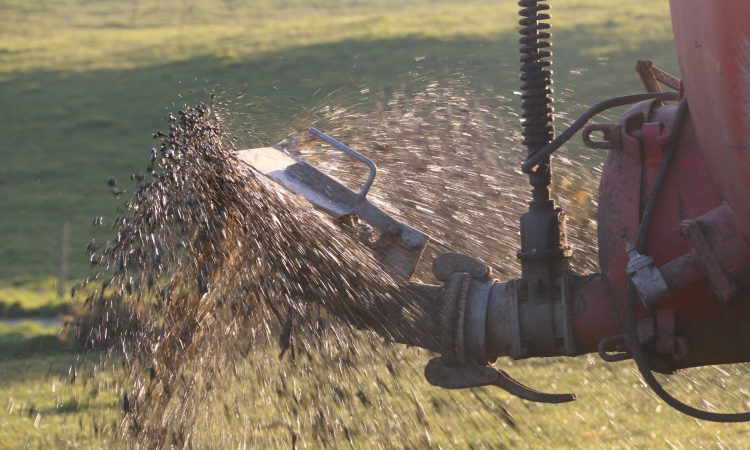 It comes two years after a Government report recommended an end to the annual ban.

Swann argued such a move in 2019 would allow farmers to make use of the unusually mild and dry weather, avoiding pressure later in the year should the weather take a turn for the worse.

“This is a classic example of why farming by dates or calendars simply doesn’t work,” he said.

Whilst, of course, rarely would we be talking about spreading slurry in January, it’s only because we’ve experienced such unseasonable conditions lately.

“I realise that as a result of the dry summer and decent autumn – which saw many cattle housed weeks later than normal – pressure on slurry storage isn’t actually too bad at present.

“But what happens if the weather turns and subsequent rain and waterlogged conditions run well into the spring? We can never be sure of Northern Ireland weather, especially so in recent times.

“My opinion is that it’s ridiculous that farmers are being forced to miss the current spreading opportunity simply because of regulations which fail to take into account the possibility of a dry and mild December and January.

‘Some flexibility is needed’

“It’s especially frustrating as there is a noticeable growth in the grass at present, with even some farms grazing cattle in January for the first time in many years.

“What will make the situation even more frustrating for farmers locally is that even though the closed period isn’t set to end in Northern Ireland until the very end of the month, in parts of the Republic – due to how the different zone areas were created – it’s due to be lifted this weekend.

“Whilst I appreciate that the recent weather is almost unprecedented, and something that is impossible for the [Department of Agriculture, Environment and Rural Affairs] to plan for or predict, I still believe that they must now show some flexibility.

“In recent years such as 2017, a shocking year of bad weather, they were able to act and farmers were allowed to spread slurry beyond the typical deadlines under the ‘reasonable excuse’ clause.

Recommendation to ditch the ban

Last year, AgriLand revealed that a Government-commissioned report had recommended the scrapping the annual slurry ban in October 2016; however, no action had ever been taken after its publication.

The report recommended the department considered the viability of using technology such as potentiometers so that slurry could be spread according to weather and soil conditions, rather than set calendar dates.

“In my opinion, it’s time the slurry ban was scrapped totally and a new mechanism put in place. Indeed, it’s something even a Government-commissioned report – the Northern Ireland Agricultural Land Management Strategy – hinted at in the end of 2016,” Swann added.

“Frustratingly though, as a result of the current political impasse, that report – like so many others – has been left lying on a shelf.

“It’s just the latest example of why we either need an urgent restoration of the Executive – or failing that, why the UK Government should move quickly to introduce direct rule in Northern Ireland.”